Common Sense Is Getting Lost in the Immigration Debate 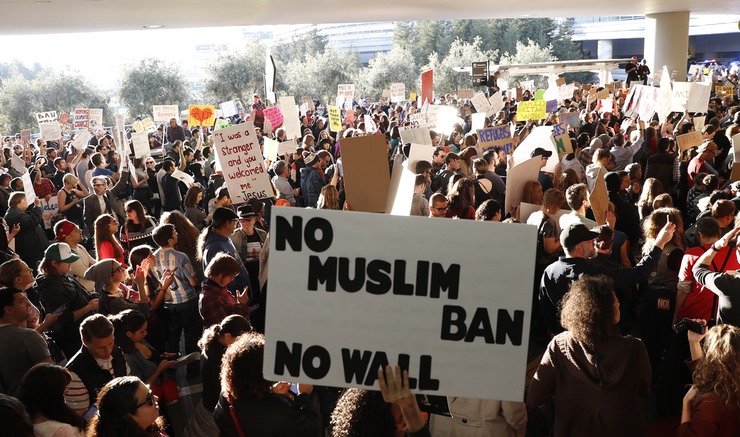 One of the early-medieval words and concepts I’ve thought about bringing back is the ‘thede’.

In old England, the ‘thede’ referred to the tribe. It was a familial, rather than an abstract, descriptor of the people or the nation. Even though it had a certain standing in common law, the thede is not to be confused with the modern mechanisms of the nation-state.

It’s a concept I’ve been thinking a lot about in the recent dust-up over immigration.

Not to get too personal about this, but certain members of my immediate family are on permanent resident visas, and have already undergone much more red tape than I think ought to be necessary. On the other hand, it runs afoul of a basic sense of fair play, that people who play by the rules get treated in the same way as people who don’t. That’s the biggest problem with this current migration ban.

If we think, as the classical philosophers and statesmen did, of the nation as a family rather than as a machine or an algorithm, that helps to put a lot of our problems in perspective.

In a family we have certain common-sense ways of referring to people from the outside. We have ways of distinguishing in-laws and relatives from mere house-guests. And we have ways of distinguishing house-guests from passers-by who just came in for a cup of tea and a chat, or a fellow whose car just broke down and needs to use our phone to call AAA. And these are all to be distinguished from blackguards who want to nick the silverware, commit burglary or hold our kinfolk hostage.

But we have problems using these common-sense references in our national discourse.

Iranians who come here to study engineering or medicine, are emphatically not the same as Saudi or Emirati grandees who use their immense personal wealth to fund radical, Wahhabi mosques and acts of violence against us. And these are still yet different from Syrians who are fleeing violence in their homeland. And these are still different from mixed couples where a citizen is married to a non-citizen. But for various reasons we have difficulties distinguishing between people who have good reasons to be here, and those who don’t.

Even among the people who have good reasons to be here, we sometimes have difficulty distinguishing between those who only need to stay a short time and those who have more permanent plans. I have my disagreements with Rep. Justin Amash, but his post on Facebook about how in our popular discourse, we have difficulties distinguishing between ‘immigrants’, ‘non-immigrants’ and ‘refugees’, is well worth a read.

One major problem is that the political left sees the nation not as a big extended family, not as a thede, but as a vending machine for ‘rights’, which creates an overly-expansive and overly-permissive idea of who should and shouldn’t be allowed. And on the political right, the nation-state becomes a power generator of ‘security’, a force-field meant to keep the ‘good guys’ in and the ‘bad guys’ out, but only if the right people are in charge of the machinery.

And between these two perspectives, which represent the two ‘sides’ of the current debate over the recent executive order, common sense gets lost.