Christians: Those Who Criticize ‘Religion’ May Have a Point 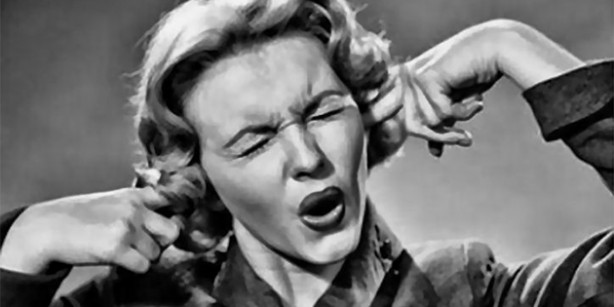 On the Intellectual Takeout Facebook page, we see a lot of commenters who are not only a-religious, but anti-religious.

Sorry to say, but I’ve found that most of those who are anti-religious are intellectually unimpressive. Most of their retorts represent nothing more than name-calling, they clearly lack an understanding of basic religious tenets (which I suppose is partially the fault of today’s education system), and they fail to see that their own assumptions are at least in part inherited from others, and require just as much “faith”—if not more—as belief in God.

That said, I think Christians in particular should carefully consider whether there is some truth in the criticisms directed at religion—even if the critique happens to come from a dismissive and angry person.

As I’ve discovered, some very traditional Orthodox Christian thinkers have maintained that Christianity is not, and was never supposed to be, a “religion”.

Fr. Alexander Schmemann, one of the most read Orthodox authors in the past 100 years, had an ongoing polemic against religion in his writings. He was adamant that the church “is not a religious establishment.” He complained in his journals about “the falseness of religiosity, the pettiness of some ‘believers,’ their joyless, talentless seriousness,” their “fanaticism, fear, blindness, self-admiration… profound foolishness and narrow-mindedness.”

Fr. John Romanides goes so far as to call religion “a neurobiological sickness” that “cuts one off from reality.”

Philosopher and theologian Christos Yannaras wrote an entire book titled Against Religion (which you can access on PDF here), in which he portrays religion as an egocentric pursuit that results from man’s instinctive desires for self-preservation and self-perpetuation.

Now, a clarification… These thinkers were and are all fully committed to faith in Jesus Christ, which implies for them a way of life. They are not advocating some sort of hippie, formless belief in God that excludes regular worship, prayer, morality, and ascetical practices that require sacrifice and discipline.

What they criticize as “religion” is a form of idolatry and self-love. Many Christians, they maintain, give all of their focus to the externals of religion. They pride themselves on how many adherents their church has, the rigor of its doctrines, the reverence or liveliness of its worship, the strictness of its rules.

Seen in this light, many people are probably right to reject what they perceive as religion.

In viewing Christianity primarily as a religion, Christians lose sight of the main narrative of Christianity: That God became man so that man might become God, that Christ died for men’s sins so that men could once again participate in the life of God and be in relation with Him, that in Baptism the Christian is supposed to commit to spending the rest of his life dying to self and the world (as Schmemann wrote, “Who invented the idea that religion is the resolution of problems?”), that he is supposed to judge himself and focus on his own sins, that he is commanded to a radical love of others, that Christ’s Resurrection is a victory over death, a transformation of the world, and the only true source of joy.

When Christians focus on religion per se, they come to look a lot like other institutions in the world, with the only caveat being that they usually do a poorer job of it. (“No servant is greater than his master.”) Witness, for instance, the embarrassing spectacle of Christian churches that try to be “relevant”.

Indeed, viewed purely as a religion, Christianity isn’t that different from other religions. Sure, there are some added doctrines, the Eucharist, a moral here or there—but structurally, there’s not much difference. And from what I’ve seen, most Christians are okay with that.

But if Christianity is true—is the “fullness of truth,” as it claims—it has to be something more than a “religion”.