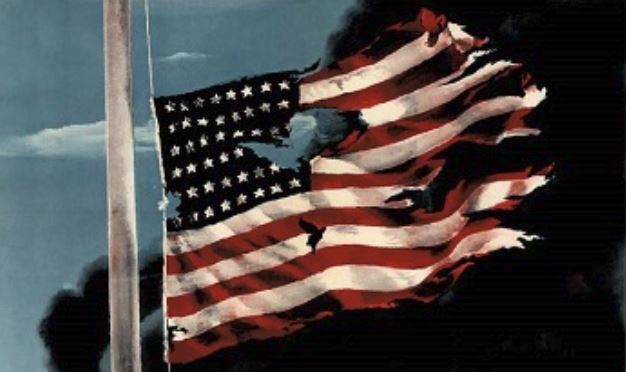 In a recent Atlantic article, former Time magazine editor Richard Stengel writes that the American Century is dead. The cause of death? Donald Trump.

“Trump’s administration is the death knell of the American Century,” Stengel writes. He explains:

The inaugural address of Donald Trump did not contain the word justice or cooperation or ideals or morals or truth or charity. It has only one reference to freedom. It did mention carnage and crime and tombstones and a variety of words never uttered before in a presidential inaugural. Since then, the president has doubled-down on his desire to build a wall on America’s Southern border and has said his administration will re-evaluate accepting refugees from designated Muslim countries and cut back by half the relatively small number of refugees accepted by the Obama administration.

The American Century is a reference to a 1941 essay written by Time magazine founder Henry Luce. Written shortly before the United States entered World War II, Luce’s essay made the case that it was a moral imperative for America to spread and defend democracy and freedom. Why? Because we’re Americans. That is who we are; that’s what makes us unique.

It’s an old idea. American exceptionalism courses through our history. In 1630 Puritan leader John Winthrop told his fellow pilgrims their new community would become “as a city upon a hill,” a reference to the Sermon on the Mount in the Book of Matthew. The phrase has since been used by numerous U.S. presidents—Kennedy, Reagan, and Obama, among them—to illustrate that, well, America is different than other nations, that our calling is a bit higher.

The idea of American exceptionalism is as American as apple pie. It infused Woodrow Wilson’s pledge to make the world safe for democracy. It took Nixon to China. It inspired millions of young men to take to the shores of Europe to help liberate the continent from the grip of fascism. Manifest Destiny was born from it. So was the idea that Uncle Sam had an obligation to protect nations from Communism.

The tension between realism and idealism, interventionism and isolationism, has been woven in the American fabric—and our politics—from our nation’s inception. The question of what role America should play in the French Revolution—a conflict involving “the people” overthrowing a monarchy (sound familiar?)—was one of the most vexing questions of George Washington’s presidency. (Washington opted for neutrality, a decision that ran counter to the wishes of idealist thinkers like Jefferson and Paine.)

There has always been tension surrounding the question of what role America should play in the world. Stengel—a Rhodes Scholar who studied history at Oxford—undoubtedly knows this. But is he right? Is the America Century over? Quite possibly.

He’s misdiagnosed the cause, however.

Donald Trump, after all, has not done anything yet. It matters nary a wink what a president says. Bear in mind: Wilson was elected to a second term on an isolationist platform (“He kept us out of war!”); his name is now used as an adjective to describe an idealist foreign policy. Lincoln pleaded and strove for peace, yet waged the bloodiest war in American history. It’s true that Trump and UK Prime Minister Theresa May seem to be channeling a more isolationist foreign policy. But one could easily argue such a position is warranted following recent disasters in Libya and Iraq. In any event, it seems prudent to see what a man does before blaming him for the results.

Additionally, it’s worth pointing out that Stengel presents what is essentially a Great Man explanation of history. This theory, which attributes seismic changes in historical currents based on the decisions and characters of individuals, is not taken seriously by most historians. (Incidentally, the great man theory was pioneered by a man some consider the father of fascism.)

I suspect that if Stengel’s thesis is correct, and the Pax Americana is over, historians will one day write chronicles explaining how the idea of America—”E Pluribus Unum”—had finally failed. How the high ideals upon which it was founded (self government, individual liberty, and negative rights), ideals America had fought and bled for but never quite lived up to, eventually gave way to balkanization, corruption, and general ignorance.

In such a history, Trump will be cited as a sign that the American idea was failing, not its cause. After all, as Herbert Spencer once noted: “You must admit that the genesis of a great man depends on the long series of complex influences which has produced the race in which he appears…. Before he can remake his society, his society must make him.”