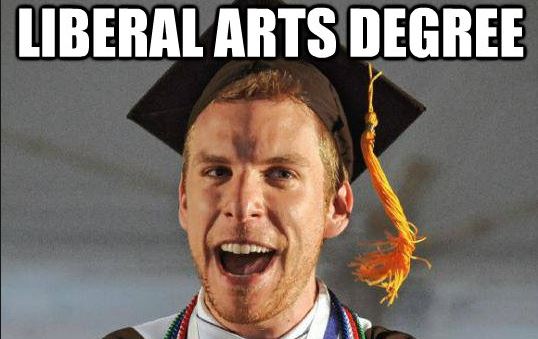 There are some liberal arts colleges out there doing great work.

Among them are St. John’s College in Annapolis, Thomas Aquinas College in California, and New St. Andrews College in Idaho. These colleges provide students with a well-rounded and rigorous education in languages and the Great Books.

If you’re going to spend four years getting a degree in the liberal arts, these are some of the only places that are worth the time, and at least some of the money.

My only problem with them is this: a lot of their curriculum should be taught in high school.

A student at St. John’s today, for instance, will get to read some seemingly impressive and complex works from Plato, Aristotle, Virgil, Epictetus, Herodotus, Thucydides, and Tacitus. These same authors were being read by Ivy League college students 250 years ago.

Education historian Henri Marrou noted that, as a civilization advances and receives more intellectual contributions, it’s school curriculum becomes “top-heavy”, and it is “obliged to unload some of its material upon the lower grades.”

Perhaps one could argue that this “unloading” of more complex material on the lower grades has taken place in the past century with math and the sciences. But when it comes to the liberal arts—literature, history, languages—Western civilization has clearly regressed.

With the proper preparation and the right teachers, many high school students today would be capable of the rigorous curriculum offered by the top-ranked liberal arts colleges. And if they received this broad curriculum in high school—when they should receive it—they could afterwards focus their intellectual and financial resources on specializing when they attended a university or, God forbid, got a job.

Instead, most students today have to waste a lot of time on an unfocused and dumbed-down liberal arts curriculum in high school. And if they want to make up for the deficiencies in their liberal arts education, they have to shell out over $100K for it in college.

That’s good news for colleges that need to justify their existences and fund themselves. But it’s bad news for students and civilization.