Why are so Many Millennials Emotionally Fragile? 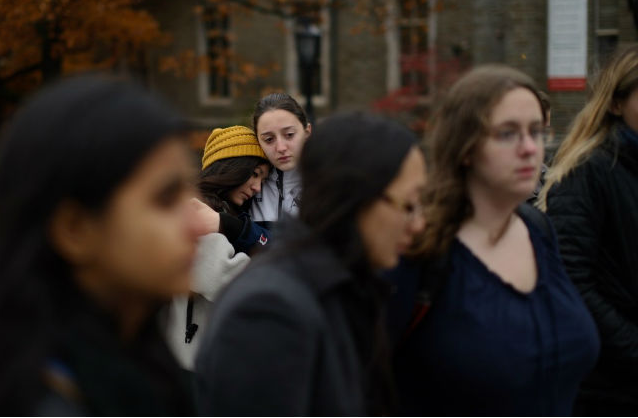 Those of us who live in the northern hemisphere are well acquainted with snowflakes whose fragile beauty dissolves as soon as they land on solid ground.

And now, from cry-ins, to test cancellations, to hotlines for women upset over “mansplaining”, the world seems to be overrun with snowflakes, poor millennials who have spent their lives getting rewards and trophies, even when not deserved, who cannot handle “adulting”.

In the aftermath of Donald Trump’s victory in the US election, newspapers are filled with story after story of people who cannot believe that he won. Perhaps Donald Trump is not the best selection as a United States president (time will tell), but he won in a fair and free democratic election.

This seems to have led to a worldwide trend of people not only blaming Trump for evils he has not yet performed, but an entire generation being unable to accept anything or anyone who doesn’t believe or act the same way they do.

In the US, there are university professors who cancelled exams to help students who might have been upset about the November 8 election results. Cry-ins have been organized around the US – groups of young adults actually sitting around in a circle, crying about the pain they feel at the fall of Hillary Clinton.

In Sweden, hotlines have been set up for women to call in when they feel that they have been put down and marginalized by a man “mansplaining” things to them. Mansplaining being the term used to describe behaviour by a man explaining something to a woman (who may already know what he is talking about) and said woman feeling she is being spoken down to as though she is somehow less intelligent than the gentleman in question.

At Edgewood College in Madison, Wisconsin, there is an investigation into a so-called “hate crime” because some student had the audacity to place a sticky note with the note “Suck it up p******” on the inside window of the Office of Student Inclusion and Diversity. Vice President for Student Development Tony Chambers wrote a three-page letter decrying the note, saying it was a “targeted act of intimidation and cowardice”.

Certainly the note was in poor taste, but a hate crime?

It’s all about feelings, really. (Remember that song from the 1970s? “Feelings, nothing more than feelings”?) We have become a world where feelings matter more than anything else. My feelings got hurt, and instead of pulling myself up, giving myself a little pep talk that whoever has hurt me is not worth my time, I must make everyone in the world accept and justify my existence and make me feel better about myself.

The problem with all of this focus on feelings is that logic seems to go out the window. And the hypocrisy that goes along with it is frustrating to watch.

In World War II, the average age of a soldier was 26, with many men serving at a younger age. These men stormed the beaches at Normandy, fought the German, Italian and Japanese armies, faced horrific challenges, watched their friends die and killed the enemy, and the vast majority of them somehow managed to make lives for themselves in the post-War era without spending time whining about the nightmares and aftereffects that must have surely followed them home.

There was an attitude of “OK, that’s it, it’s over, let’s move on with life” that does not seem to exist today. We have created a generation that acts as though something is owed to them simply because they exist. And if their poor little feelings get hurt, all hell breaks loose in society around them. Can you imagine a WW2 vet coming home and demanding a healing circle? Or the Germans demanding a recount and a do-over after losing the war?

The real world does not care if snowflakes are unhappy with election results or if their feelings have been hurt by someone “mansplaining” something to them. This is a group of people who don’t want to grow up. They want to keep acting as though they are toddlers and that everyone and everything should cater to their every whim.

As a woman, I have dealt with my share of discrimination and nasty names being flung at me. I have dealt with those incidents in a mature manner – letting the individuals in question know that that is not acceptable behaviour towards me and that I won’t stand for it. I have not called up a hotline to complain that I have been poorly treated and demand that someone be fired for having poor judgment.

As for the concept of “mansplaining”, this is what men and women have been doing to each other since we first began to speak to one another. Women talk down to men in just the same manner that some men talk to women, and yet there is no hotline for men to call to complain about women and their derogatory words and actions.

The real question is how did we create this? How did we create a world where everyone is so sensitive that the idea of your political candidate losing causes you to completely break down into hysterics?

Perhaps we can blame social media, at least in part. Facebook launched when founder Mark Zuckerberg created a program to judge the attractiveness of his Harvard University classmates. For many, Facebook has been the tool with which they have reconnected with old friends, family members from around the world and create a network for their work and social lives. The ugly downside to Facebook and Twitter is that the vast majority of the site’s participants appear to be social justice warriors who badger and bully anyone who disagrees with their view of the world.

These snowflakes seem to feel that their opinions are the only ones that matter and when faced with opposition of any kind, they cry foul play. Or, in most cases, they scream that they have been the victims of rampant homophobia, racism, sexism, ageism and any other ism they can think of accusing someone with. In short, they perpetuate the same bullying that they accuse others of committing against them.

At some point in the 1970s through the mid-90s, a generation of kids grew up and decided that they didn’t like how they had been raised or that they had been teased one too many times. When they started having kids, those parents thought they would try something different – to make sure that their precious babies never felt the sting of rejection or the pain of losing; they forgot that not always winning is what builds character; that losing helps create inner strength.

Those children, now the young adults of our world, are melting in the heat as they start to grasp the idea that not everyone is going to cater to them and their desires.

Barbara Lilley is a writer and mother of four living in Ottawa, Canada.