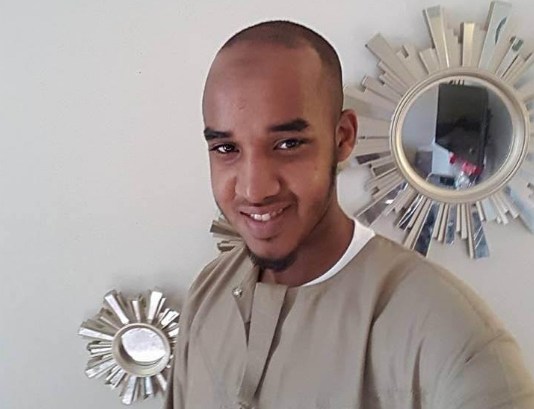 Abdul Artan was the Somali immigrant who recently terrorized the Ohio State campus. A fellow student described Abdul as “measured and intellectual, not angry or violent.” A friend described him as “sweet and humble” and said Abdul “loved America.” Likewise, relatives  said he was a “nice young man and a good student.”

While some people observed the benign side of Abdul, another side of Abdul was being nourished by radical Islam and his own hatreds. Before his attack on the Ohio State campus, Abdul posted on Facebook that he would “kill a billion infidels” to save a single Muslim.

RELATED: Ohio State Attacker Was Taking a Class About Microaggressions

There’s nothing particularly unique about the two sides of Abdul. Similar polarities have been observed in other criminals, both terrorists and non-terrorists.

Polarities, albeit much milder, exist in most of us. Every day, some Americans experience anger while driving to work. They may even become enraged when somebody cuts them off. Most do not act out their anger, but some react with aggressive driving or even escalate to more violent forms of road rage. Aggressive drivers may also have a sweet and humble side, but you couldn’t tell it when they are in the grip of their anger.

Artan chose to hate, and then he blamed those he hated for his choice. Twisted logic, indeed. But doesn’t the driver, in the grip of road rage, deploy the same faulty reasoning?  He drives recklessly and is certain his actions are caused by other drivers.

A popular Native American tale teaches of the two “wolves” in each of us. A young man is angry; a friend has done him wrong.  Troubled by the anger he is experiencing, he asks his grandfather for advice. The grandfather explains that he, too, is visited by angry thoughts and feelings.

“It is as though that there are two wolves inside of me,” relates the grandfather. “One wolf takes everything personally and is angered at the slightest offense. That wolf has a terrible temper and fills my head with thoughts of revenge.”

“Fortunately,” continued the grandfather, “there is another wolf inside of me. That wolf sees others with respect and compassion. Feelings of harmony and peace that arise inside of me are the result.”

“If both wolves are inside of you, which one wins?” asked the young man.

His grandfather replied, “Whichever wolf I nourish and feed.”

This tale points to a truth about life: We are responsible for our feelings. Georg Eifert, Matthew McKay, and John Forsyth are psychology professors and clinical practitioners who counsel clients seeking help dealing with angry feelings.

In their book ACT on Life, Not on Anger, Eifert, McKay, and Forsyth report one common belief behind the stories their clients tell: the belief that “[their] anger is caused by someone else or something else.”

Eifert, McKay, and Forsyth continue, “When you’re in pain, it’s logical to ask yourself, ‘who did this to me; who’s responsible?’’’ When we decide someone else is responsible for our feelings, our focus shifts to our perceived victimhood; we do not examine our own thinking or our state of mind.  A belief that hurt feelings are caused by someone else can become a false justification for taking actions to hurt others.

RELATED: Ohio State Attacker Was Taking a Class About Microaggressions

Which “wolf” was Abdul Artan listening that day at Ohio State University? He turned his attention to thoughts of hate and experienced painful feelings. Believing the pain was caused by others, he thought aggression was justified.

Eifert, McKay, and Forsyth explain, “what you do in response to anger feelings is determined far more by choice than by your nature.” The quality of our life depends on our choice.

The Native American tale teaches, every moment of every day, we face a crossroad. There are two wolves. Which “wolf” will we listen to as we make decisions?

In his book, The Ego is the Enemy, Ryan Holiday defines ego as “an unhealthy belief in your own importance.” He elaborates: “It’s that petulant child inside every person, the one that chooses getting his or her way over anything or anyone else. The need to be better than, more than, recognized for, far past any reasonable utility—that’s ego.”

Our ego is the unkind narrator in our head that continually judges everything and everyone, including ourselves. The ego’s voice is often raucous, playing on and on in our head like a big brass band, drowning out the still small voice.

We’re so used to the discordant thoughts generated by our ego, that we lose touch with the still small voice.

“Let us be silent,” Ralph Waldo Emerson advised, “that we may hear the whisper of God.” “There is guidance for each of us, and by lowly listening we shall hear the right word.”

Some take comfort in believing that they are fundamentally different from Abdul Artans of the world. Yet, every human being faces the same fundamental choice about which “wolf” to nourish.

“We become what we think all day long,” Emerson observed.

This moment, where are we placing our attention? Noticing may change the quality of your day.

—
Barry Brownstein is professor emeritus of economics and leadership at the University of Baltimore. He is the author of The Inner-Work of Leadership. He delivers leadership workshops to organizations and blogs at BarryBrownstein.com, and Giving up Control.