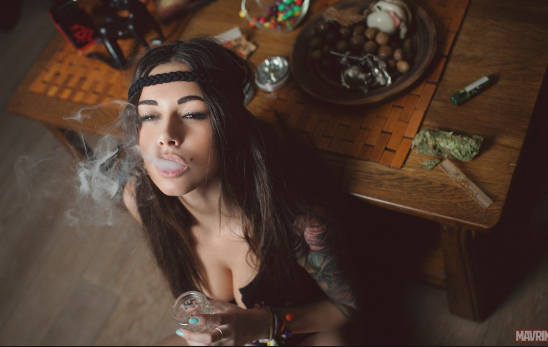 Researchers at Amen Clinics Inc. of California have found evidence that chronic use may increase the risk of Alzheimer’s. This is because it restricts blood flow to the regions of the brain where the condition takes root. Co-author Dr. Elisabeth Jorandby and colleagues recruited participants with marijuana use disorder. Around nine percent of users get addicted to cannabis. That’s a relatively low number.

Big Think frames its article with the ominous headline, “Researchers Find the 1st Possible Negative Side Effect of Marijuana Use in Adults.” So readers are left with impression that this is a pretty big deal.

After all, pot is “by far the most widely cultivated, trafficked and abused illicit drug,” according to the World Health Organization. So even if a small percentage of users are exposing themselves to the risks of Alzheimer’s, we’re talking about a lot of people here.

It occurred to me I better check the study out for myself.

Big Think didn’t link to the actual paper, but I was able to track it done through my powers of Google sleuthing. A ten second review of the study convinced me I am utterly and horribly unqualified to interpret it for myself, let alone try to explain it to readers. (Abridged summary: the authors studied how pot use affects blood flow to the brain. Apparently and miraculously, few researchers have done this, according to the authors.)

Having reached a dead end, I decided to see what other research exists on the subject and quickly found a British study linking cannabis and Alzheimer’s. The catch? In this paper, authors contended that Alzheimer prevention starts with marijuana. That’s right, the conclusion drawn is that chemical compounds in cannabis can be used to prevent the onset of the brain disease. (I think that is what this means: “We have summarized evidence of the beneficial role of modulating the cannabinoid system to reduce the burden of neurodegeneration.”)

Who is right? I have no idea. All of this only served to confirm in my mind what my colleague Dan Lattier wrote yesterday: modern man is paralyzed by too much information. We no longer know where to look or who to trust.

For 30 years, the Surgeon General told us red meat was linked to heart disease. Then we learn that the healthy heart diet might not be all it was cracked up to be. I’ll not bore readers with similar examples ad nauseum.

It occurred to me that perhaps much of the fruit of our science is actually scientism. So much of our pursuit of knowledge now seems, well, masturbatory. It’s all about us. How we think, what we do, what this does to us, etc. Perhaps this is inevitable when humanism becomes the governing philosophy of humankind.  If so, it’s rather dull.