New Normal on College Campuses: “I believe in free speech, but…” 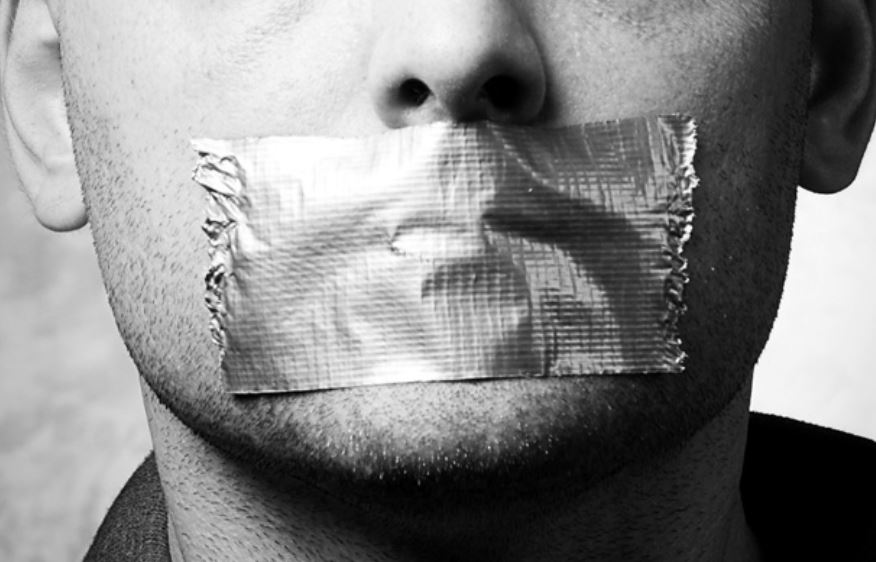 The news that students at City, University of London have voted to ban The Sun, Daily Mail and Express newspapers from its campus – a ban which could be extended to other media organisations – is just the latest example of how free speech is under threat at universities across the globe.

The university’s student union voted to ban the newspapers in an “opposing fascism and social divisiveness in the UK media” motion, saying that “freedom of speech should not be used as an excuse to attack the weakest and poorest members of society”. The union also added that all titles publish stories that are inherently sexist, stating that:

There is no place for the Sun, Daily Mail or Express (In their current form) on City, University of London campuses or properties.

But this is nothing new. The UK prime minister, Theresa May, recently hit out at British universities for setting up “safe spaces” on campus, amid concerns that self-censorship is curtailing freedom of speech. And in recent years, a climate of intolerance has enveloped campuses – to the point where the value of free speech itself is under scrutiny.

This has led to the entire higher education sector becoming estranged from taking tolerance and freedom seriously – with recent research showing that 80% of British universities have actively censored freedom of speech on campus.

One of the problems is that on both sides of the Atlantic, there is the growing tendency to represent free speech and diversity as contradictory values. And a recent report from the US acknowledges that among younger faculty members and students, the value of free speech is trumped by the idea of diversity.

It notes that “at times” campus controversies “have led some groups of students to question the value of free speech itself”. The report warns that:

As students graduate, their attitudes toward speech will permeate society at large, influencing how a new generation of teachers, scholars, courts and citizens view the balance between sometimes competing values.

But my research actually indicates that what is at stake is not so much a generational divide, but a much more fundamental shift towards an outlook that values diversity over free speech.

You can say what you want, but…

Universities have recently come under great pressure to balance these apparently competing ideals. And a few university leaders have actually taken action to remind the academic community about the merits of free speech – particularly in the US.

Lee C. Bollinger, the president of Columbia University, gave a recent no-nonsense address that upheld free speech – while the dean of students at the University of Chicago went so far as to inform new undergraduates that Chicago does not accept the practice of trigger warnings and safe spaces.

Other universities hesitated to follow Chicago’s lead, but they too felt obliged to affirm their belief in free speech – albeit a weaker version.

(Germaine Greer defied a campaign to silence her from speaking at Cardiff University after allegedly making transphobic comments. PA)

Janet Napolitano, president of the University of California, took a slightly less hardline approach, saying that safe spaces and trigger warnings are good for fostering diversity. But she also presented free speech as something that has intrinsic value, saying:

Educating students from an informed “more speech” approach as opposed to silencing an objectionable speaker should be one of academia’s key roles.

She also explained how the status of free speech on campus has changed as the contemporary university has become more diverse. She claimed that in the context of a diverse student body, a safe space is a “good idea” because it allows undergraduates who identify in certain ways to support one another.

Other university leaders have gone further and reasoned explicitly that free speech and diversity may be contradictory values. And many administrators now argue that free speech constitutes a risk to the welfare of new groups of “non-traditional” and minority students.

Michael Roth, head of Wesleyan University, wrote that in the past, campuses were “far less diverse places than they are today” and consequently “there were many voices that none of us got to hear”. The implication of Roth’s statement is that the exercise of free speech in the past was in some sense responsible for silencing the voices of minority groups.

This idea, that freedom of speech and diversity are contradictory ideals has a significant influence on campus culture. And defenders of safe spaces say that freedom needs to be “balanced” or “traded off” against diversity. “I definitely think it’s a balancing act,” observed Gale Baker, university counsel for California State University. She sees “open and frank discussion and free expression” as “competing” with the “value of wanting a diverse and inclusive community”.

In the current climate, the pressure to “balance free speech and diversity” has invariably led to the notion that the former must give way to the latter. And the way free speech has been made less important than diversity can be clearly seen in the way universities frame their mission statements.

Take the recent statement made by Ronnie Green, the chancellor of the University of Nebraska-Lincoln, as he welcomed new students to campus. Though he mentioned free speech in passing, his remarks were primarily devoted to celebrating the value of diversity. As he put it: “our beliefs on diversity and inclusion” are “not-negotiable”.

Similarly, the statement of core values of the University of Nebraska-Lincoln, like that of many other colleges, includes diversity but not free speech. It gets a perfunctory mention, only to be followed by a clause stating “we do not tolerate words and actions of hate and disrespect” – which makes an implicit association between free expression and hatred. Clearly demonstrating how the rhetoric of “I believe in free speech, but…” is fast becoming the new normal in the academy.

Frank Furedi, Emeritus Professor of Sociology, University of Kent. This article was originally published on The Conversation. Read the original article.