Media’s Hit Job on Chip and Joanna Gaines is Dangerous 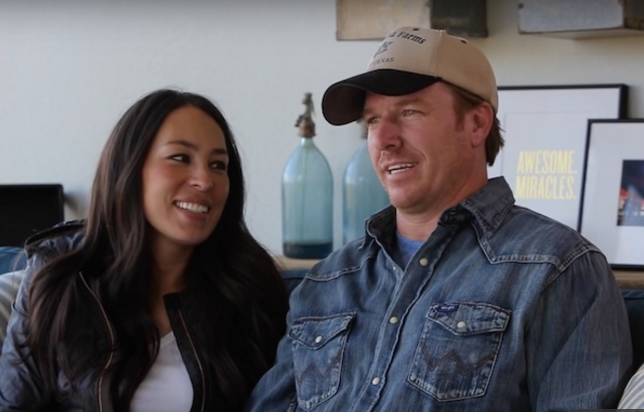 By now most people have probably heard about BuzzFeed’s odd story on Chip and Joanna Gaines, co-hosts of HGTV’s hit show Fixer Upper.

In case you somehow missed it, Brandon Ambrosino offers a tidy summary of BuzzFeed writer Kate Aurthur’s 1,200-word story at the Washington Post:

Here’s the issue. Chip and Joanna Gaines are Christian. They attend a traditional church in Waco, Texas, where the pastor preaches to his flock. Among the pastor’s teaching is the message that homosexuality is a “sin.”

That’s pretty much all Aurthur has on the couple, yet she seems to smell blood in the water. Bear in mind: Just two years ago the Benham brothers were kicked off HGTV when one brother took a public stand against same-sex marriage.

The difference here is that Chip and Joanna Gaines have said nothing about LGBT issues. They simply attend a church that teaches traditional Christian theology, and for this the couple finds itself at the heart of the culture war in America.

Ambrosino, a gay writer currently planning his wedding, notes that there is something twisted and Machiavellian in BuzzFeed’s attempt to tarnish America’s new favorite couple through guilt by association:

The minds at BuzzFeed are not naive: They know that the Gaineses and HGTV are going to have to come out with a public statement on same-sex marriage. They also know that if the statement is not 100 percent supportive of same-sex marriage, the network will be pressured to drop them…..

[It] validates everything that President-elect Donald Trump’s supporters have been saying about the media: that some journalists — specifically younger ones at popular digital publications — will tell stories in certain deceitful, manipulative ways to take down conservatives. (And really, I can’t for the life of me imagine any other intention of the Gaines story.)

I really don’t have much to add. Ambrosino nails it. BuzzFeed is using cheap political tactics designed to foment and divide.

In 2008, liberals wailed when some media groups on the right used the sermons of Jeremiah Wright to disparage Barack Obama during his run for president. (Four years later, Mitt Romney was compelled to publicly repudiate attempts to link Obama to the controversial “black liberation theology” minister.) Say what you will about the tactic, but at least Obama was a politician seeking the highest office in the land. The Gaines family is simply making TV shows.

It’s yet another gloomy example of the troubling and distorted influence politics wields in our culture.

A final thought: One wonders if the folks at BuzzFeed might try a similar tactic with prominent Muslims who worship at mosques. Are there a lot of mosques out there that happen to be gay-friendly? Or, as is usually assumed, is homosexuality treated as sinful at most all of them?

If these Mosques are indeed preaching “anti-gay hate,” should studios be employing actors who worship there? That might be a good question for Buzzfeed and company.