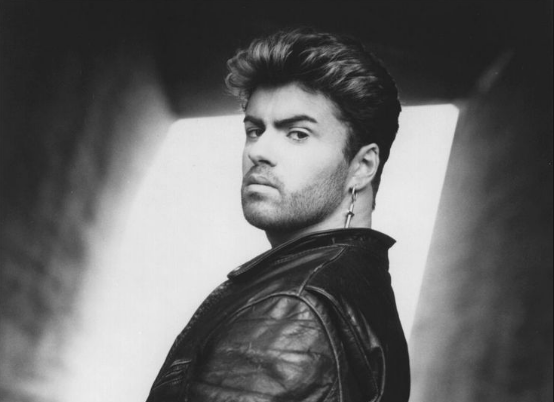 Over the Christmas holiday, 2016 claimed yet another pop icon: George Michael. He was 53.

Late last night, I made the mistake of sharing a TMZ article on my public Facebook page that showed what George Michael looked like a few months before his death. He had packed on a lot of weight, so much so that it was difficult to recognize the British singer.

I shared the photos because they seemed sadly poetic to me. I noted that Michael had all the things most humans desire: fame, fortune, and success (both critically and commercially). Yet signs indicate he was unhappy and unfulfilled. In addition to the massive weight gain, reports say he was hooked on heroin.

Some readers thought it too soon to muse on the singer’s demons.

“Why must we pass judgement on people like this? We have no idea what his life was like. Maybe he was not happy, maybe he self-medicated,” one reader wrote. “All I know is he was an incredible talent whose music has been there for me in good time and bad.”

My comments were not judgmental in my opinion, but the truth is I expected some backlash.

The celebrity death is a quasi-religious ritual in the 21st century. I was breaking one of the unspoken rules of the celebrity eulogy. We praise their talents and say how they inspired us, but it’s considered bad form to touch on the uglier side. The human side.

This rule makes sense in many ways, but it also carries a problem. By observing it, we feed the great Celebrity Myth.

There seems to be a human need to remember our icons as young, gorgeous talents claimed by Fate too soon. A bloated, heroin-addicted George Michael is a sad portrait, but it’s real. Same goes for a boozed-out, pill-popping Judy Garland, or the King of Rock ’n’ Roll dead beside a toilet at age 42.

By choosing to remember only half of their portraits, we deny celebrities their humanity and overlook an obvious truth: many of the them were in great emotional pain before their unexpected deaths despite their material wealth and success (or, perhaps, because of it). They may have won the world, but the world failed to fulfill. Or perhaps they sold some part of themselves to achieve it, and found themselves suffering.

Whatever the case may be, most people will remember George Michael as young, sexy, and beautiful, an artist who conquered the world and drank every last drop of it.

I’ll remember that George Michael. The one with aviator glasses, a finely-cropped beard, and enough raw sex appeal to land super models while driving a cab.

But the memory that will stick with me (and haunt me) is that of a swelled-up man in his 50s standing around a fire with a joint in his hand.

Most people will never see this George Michael. Most won’t want to.