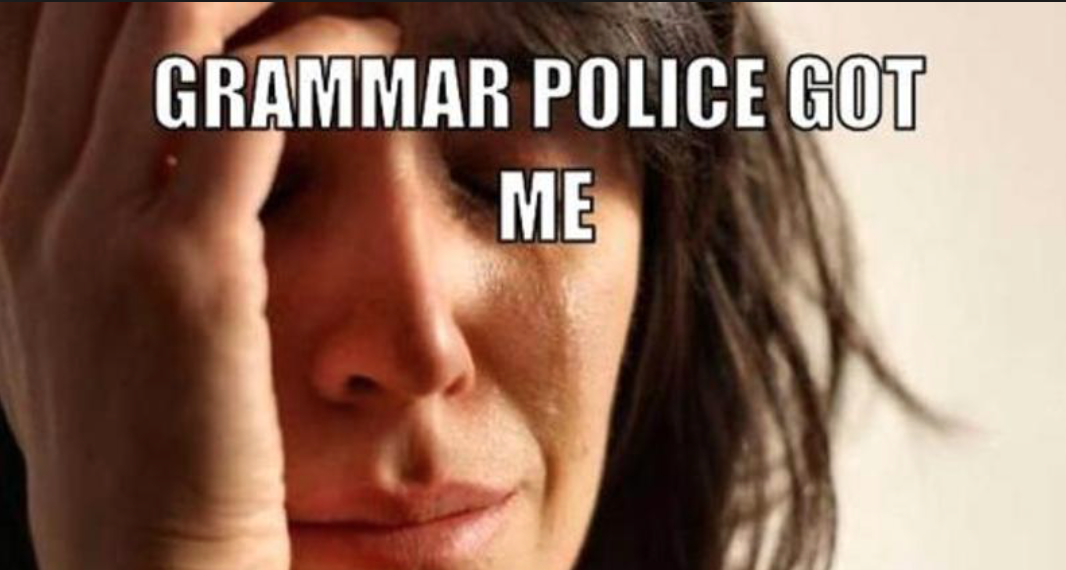 Every day on Facebook, I watch as some debate is interrupted by a correction of a participant’s grammar.

When these corrections occur on Intellectual Takeout, they are sometimes accompanied by a dig at the person’s intelligence, with the implication that the corrector is much more of an intellectual.

For all of you Grammar Nazis out there, I hate to burst your bubble, but here’s the reality:

Now, it’s not that grammar is unimportant. One should be diligent about using proper grammar for the sake of clear communication and to avoid causing scandal among the narrow-minded and easily-offended.

But if you know any true intellectuals, you know that they are too gracious to correct someone’s grammar in the midst of an online discussion. It would seem petty and foolish for them to pause a battle of ideas to chide someone for using “your” instead of “you’re”, or “its” instead of “it’s”.

But when it comes to social media, a true intellectual understands that it’s a fast-paced world where typos and grammar slips can easily occur.

A true intellectual also understands that there are a lot of people out there, who through no fault of their own, never learned grammar in school in an orderly and systematic way.

And a true intellectual is prudent and gracious enough to know that correcting someone’s grammar in front of thousands of strangers online is unnecessarily humiliating to that person.

So the next time you correct someone’s grammar online, please know that true intellectuals are not applauding you; they’re actually embarrassed for you.