Ponyboy Was NOT Gay (Not that there is Anything Wrong with that!) 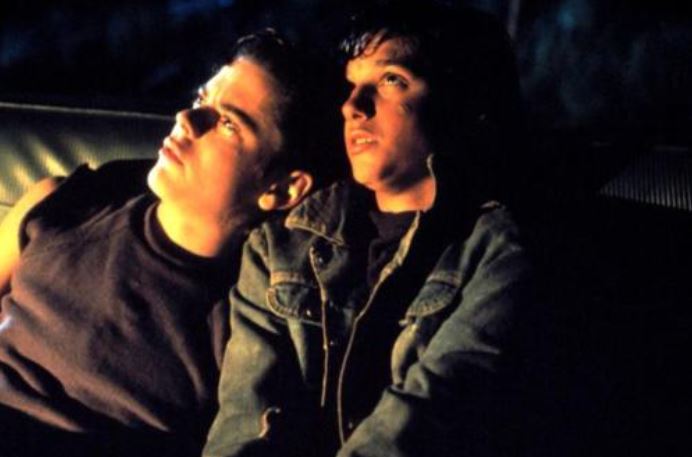 S.E. Hinton, author of several popular teen novels, made waves recently when she responded to a question on Twitter. A reader of The Outsiders asked Hinton if a romantic link existed between two characters, Johnny and Dallas.

@MrCadeWinston No. Where is the text backing this?

This interaction was enough to set off a firestorm on Twitter. Users were quick to demand that Hinton apologize. Hinton, who identified herself as a “longtime supporter of LGBT rights,” seemed baffled by the flap and declined to apologize.

“No, they are not gay. I wrote them, I ought to know,” she told her detractors.  “I said I did not write the characters that way. I apologize for nothing.”

A few things to consider here.

First, as William Hicks at Heat Street so eloquently phrased it, “Hinton unknowingly stepped into a turd pile of controversy” because she did not appear interested in the feelings or concerns of “Subtexters.”

Subtexters, or people who see homosexual subtext in a work of fiction (i.e. Kirk and Spock) often virulently defend their position on social media. Hinton unknowingly enraged the Johnny/Dally subtexters by ruining the relationship existing in their heads, and therefore must suffer the consequences in her Twitter mentions for weeks to come.

We’ve written before about the modern tendency to view any deep relationship as a sexual one.

Freud famously pioneered the idea that all human behavior is subconsciously driven to satisfy our sexual instincts. This idea has evolved and intensified in recent decades; humans increasingly tie their identities to their sexual tastes or preferences. This phenomenon is often manifested in our language. A person who has homosexual preferences usually doesn’t identify as a person who happens to be homosexual. “I am gay,” they will more often say; or “I am queer.”

The fact that Hinton, who was 18 years old when she wrote the book, didn’t write any of the characters as gay doesn’t really matter to the Subtexters. “Why would you reject young gay kids interpreting your characters in a way that makes them feel safe?” one person asked.

She is supposed to play along, and her refusal to do so precipitated an uproar in which her character was impugned and her work demeaned. (Next time, no doubt Hinton will likely be more inclined to just ignore a reader who asks a sensitive question, lest her truthful answer result in a fuss.)

Second, if there was any homoerotic tension in The Outsiders, it clearly involved Ponyboy and Johnny, not Johnny and Dallas Winston.