Why Academics are Becoming Irrelevant (and How to Stop it) 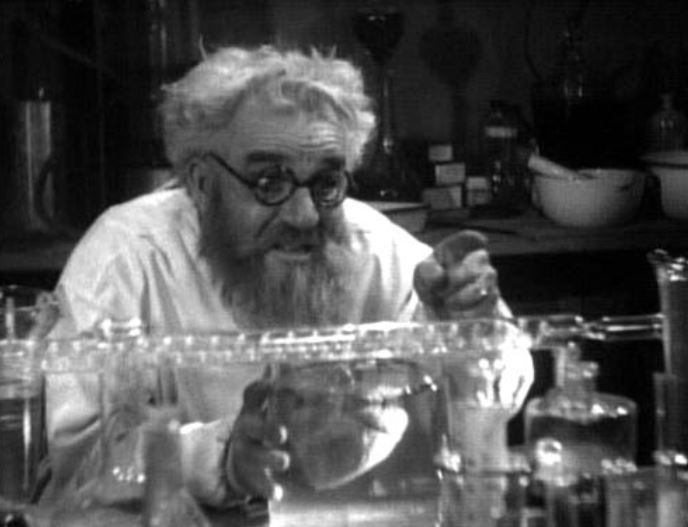 A January 2015 Pew Research Center study found an alarming chasm between the views of scientists and the views of the public. Here is just a sampling:

This is a cause for concern. In our increasingly technological world, issues like nanotechnology, stem cell research, nuclear power, climate change, vaccines and autism, genetically modified organisms, gun control, health care and endocrine disruption require thoughtful and informed debate. But instead, these and other issues have often been caught up in the so-called culture wars.

There are numerous factors that explain this current state of affairs, but one is the extent to which the scientific community has been unable or unwilling to explain the state and gravity of scientific findings.

We academics will need to evolve to keep up with the major changes going on around us. At stake is how we will maintain our relevance in society.

Sorry State of Our Public Discourse on Science

Unfortunately, many excellent scientists are poor communicators who lack the skills or inclination to play the role of educator to the public. Further, we are not trained nor are we given proper incentives to do it. And for that reason, surveys find that many academics do not see it as their role to be “an enabler of direct public participation in decision-making through formats such as deliberative meetings, and do not believe there are personal benefits for investing in these activities.” As a result, we focus inward to our own research communities and remain disconnected from important public and political debate going on around us.

Adding to this growing threat of irrelevance is an alarming antagonism towards science, leading National Geographic to devote its March 2015 cover to “The War on Science.” This manifests itself in a professed lack of appreciation of the academy, particularly within state legislatures that have begun to cut funding to higher education (witness activities in Wisconsin and North Carolina). The problem is not made any easier by the reality that the public, according to surveys by the California Academy of Sciences, the National Science Foundation and others, is not well versed in science and appears unreceptive to attempts by scientists to correct it.

Social media is perhaps one of the most disruptive forces in society today, and academia is not immune to its impact. Society now has instant access to more news, stories and information, including scientific information, from more sources and in more varied formats than ever before. For universities to remain relevant, we must learn to engage in the new realities of the information age.

However, the academy is not keeping up. Massive Open Online Courses (MOOCs), open access journals, online news, blogs and emerging forms of educational technology are altering what it means to be a teacher and a scholar. While we write our articles in academic journals and think we have contributed to public discourse, neither the general public nor politicians read them.

Instead of expecting people outside the academy to come to us, we have to go to them. But other interests are beating us to the punch, publishing their own reports, often with a political agenda, and using social media to have far more impact on public opinion. Add to this changing landscape a rise in pseudo-scientific journals and we must face the reality that if we can continue to write only for specialized scholarly journals, we become relegated further to the sidelines.

Today, however, many young people are coming to the academy with a different set of aspirations and goals than their senior advisors.

Many graduate students report that they have chosen a research career precisely because they want to contribute to the real world: to offer their knowledge and expertise in order to make a difference. And many report that if academia doesn’t value engagement or worse discourages it, they will follow a different route, either toward schools that reward such behavior or leave academia for think tanks, NGOs, the government or other organizations that value practical relevance and impact.

The frustration is such that some no longer tell their advisors that they are involved in any form of public engagement, whether it be writing blogs or editorials, working with local communities or organizing training for their peers on public engagement. Will academia eventually spit these emergent scholars out, or will they remain and change academia? Many senior academics hope for the latter, fearing a worrying trend toward a reduction in the level of diversity and quality in the next generation of faculty.

How serious is this threat of irrelevance? In 2010, The Economist wondered if America’s universities could go the way of the Big Three American car companies, unable to see the cataclysmic changes around them and failing to react. Put in less inflammatory, but no less urgent form, University of Michigan President Mark Schlissel offers these thoughts:

“We forget the privilege it is to have lifelong security of employment at a spectacular university. And I don’t think we use it for its intended purpose. I think that faculty on average through the generations are becoming a bit careerist and staying inside our comfort zones. [But] If we’re perceived as being an ivory tower and talking to one another and being proud of our discoveries and our awards and our accomplishments and the letters after our name, I think in the long run the enterprise is going to suffer in society’s eyes, and our potential for impact will diminish. The willingness of society to support us will decrease.”

Against this gloomy backdrop, there are glimmers of hope as more people rethink the audience for our academic research.

To begin, many faculty are engaging with the public regardless of the lack of formal rewards or training. A 2015 Pew Research Center/AAAS survey found that 43 percent of 3,748 scientists surveyed believe it is important for scientists to get coverage for their work in the news media, 51 percent talk with reporters about research findings, 47 percent use social media to talk about science and 24 percent write blogs. However, another survey at the University of Michigan found that 56 percent of faculty feel that this activity is not valued by tenure committees.

Even on that front, we see changes as promotion and tenure criteria are undergoing experimental changes. For example, the Mayo Clinic’s Academic Appointments and Promotions Committee announced it will include social media and digital activities in its criteria for academic advancement; the American Sociological Association published a white paper on how to evaluate public communication in tenure and promotion; and some schools, like the Ross School of Business at the University of Michigan, have added a fourth category to the standard three – research, teaching and service – in its annual review process that captures impact on the world of practice.

Beyond training, scientific institutions are beginning to study the “rules of engagement” more deeply: The AAAS Leshner Center for Public Engagement with Science & Technology, the National Academies of Sciences’ “The Science of Science Communication” Colloquia and the University of Michigan’s “Academic Engagement in Public and Political Discourse” conference. Similarly, donors are stepping forward with funding: such as the Alfred P. Sloan Foundation’s “Public Understanding of Science, Technology & Economics” or Alan Alda’s support of the Center for Communicating Science at Stonybrook University that bears his name. There are also new academically based training programs that are designed to help faculty navigate this new terrain.

Not to be left out, many students are taking charge of their own training in this area. For example, the Researchers Expanding Lay-Audience Teaching and Engagement Program (RELATE) was started at the University of Michigan in 2013 by a group of graduate students to help “early career researchers develop stronger communication skills and actively facilitating a dialogue between researchers and different public communities.”

To help this process move even faster, new kinds of outlets are making it easier for academics to bring their voice directly to the public, such as The Conversation, the Monkey Cage and hundreds more in journals, trade associations and professional societies.

Indeed, it would seem that academia is changing, albeit slowly. The conversation is being engaged by faculty, deans, presidents, journal editors, journal reviewers, donors and students. But in the end, the question is whether the aggregation of these many conversations will reach the critical mass necessary to shift the entire institution of the academy.

Where Are We Going?

To many, the call for public engagement is an urgent return to our roots and a reengagement of the core purpose of higher education. It is about reexamining what we do, how we do it, and for what audiences. It is part of what Jane Lubchenco called in 1998, “scientists’ social contract,” in which we have an obligation to provide a service to society, to give value for the public funding, government grants or general tuition that we receive and an account of what that money is being used for. The Mayo Clinic nicely outlined the ultimate goal:

“The moral and societal duty of an academic healthcare provider is to advance science, improve the care of his/her patients and share knowledge. A very important part of this role requires physicians to participate in public debate, responsibly influence opinion and help our patients navigate the complexities of healthcare. As Clinician Educators our job is not to create knowledge obscura, trapped in ivory towers and only accessible to the enlightened; the knowledge we create and manage needs to impact our communities.”

While this statement is aimed at health care providers, it applies to all in the scientific endeavor and reminds us that the ultimate value of our work is its service to society.