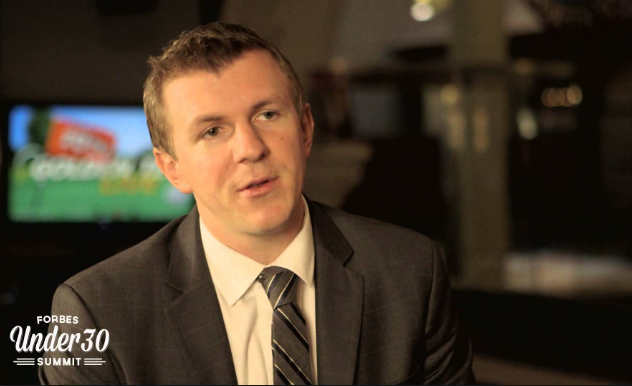 No notice, no warning, I just received a terse message that I had “violated” their rules.

This is devastating to our operation.

Just like the big two presidential candidates, I rely on social media to bypass the media and directly reach the public.

And it just so happens that in the last 36 hours, an extra 30,000 people decided that they wanted to hear from me.

O’Keefe, who said he has “a bombshell video” coming out Thursday, is not your traditional filmmaker or journalist. He is what you’d call a guerrilla journalist, and a muckraker at that (he actually calls himself that on Twitter). He goes undercover and ambushes people, and he does it pretty well.

If you can’t tell by the name, people are not supposed to like muckrakers. But there is a long tradition of it in American history, starting with (most would say) James T. Callender, a man who spread scurrilous stories about America’s Founding Fathers. He exposed Alexander Hamilton’s extramarital affair and a possible liaison between Thomas Jefferson and his slave, Sally Hemmings. (Depending on your view, Callender either exposed Jefferson or started a vile rumor that clings to Jefferson to this day.)

Twitter, a publicly held company, has no obligation to defend or uphold free speech (certainly, at least, not in the same manner as the federal government or the states). But as one of the most trafficked websites in the world, people should take an interest in how Twitter is enforcing its rules, especially during election season.

A quick perusing on Google reveals that O’Keefe, who has more than 90,000 followers on Twitter, is hardly the only conservative journalist suspended recently. Over the last few months, Twitter has suspended the accounts of numerous high-profile conservatives. These include:

O’Keefe seems to be the latest example of Twitter’s crackdown on conservative speech. In fact, I haven’t been able to find a single liberal writer or commentator who had his or her account suspended by Twitter. (I Googled for about an hour. Please send me examples if I am missing any.)

Dillon’s case is arguably the most interesting. She was suspended for merely reposting a hateful message Jones had tweeted during her spat with Yiannopolous (see below). The result? Dillon’s account was suspended, Jones’ was not.

If conservatives or libertarians are being held to a different standard because they are sharing different ideas, that is a big problem.

The public should seek more transparency from Twitter. It’s in the interest of free speech advocates, users of the platform, and proponents of civil democracy to know how Twitter targets users for suspension and for what reasons.