Neuroscientist: Some Vegetative Patients Can Communicate 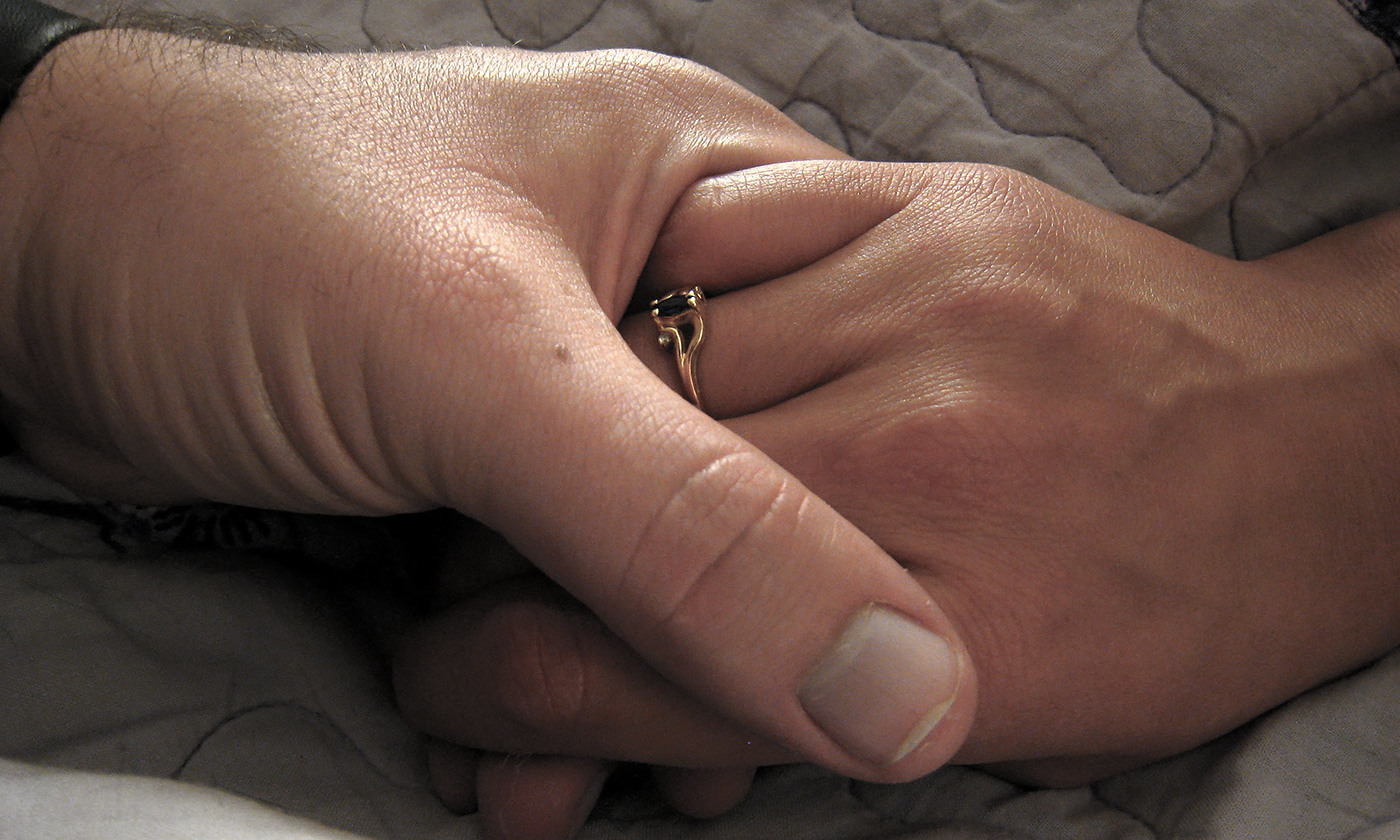 John Smith, a 34-year-old father of two, was driving his car to bowling when he was involved in an accident. His skull sustained a severe trauma and he was admitted to the intensive care unit. John was in a coma, at serious risk of death. Luckily, critical-care nurses and physicians managed to save his life. However, when John opened his eyes and emerged from the coma, he showed no behavioural reactions to stimuli but mere reflexes. He couldn’t answer questions, localise painful stimuli on his skin, follow commands, or fixate objects in a sustained way. For these reasons, he was diagnosed as being in a vegetative state.

The common view about these patients is that, for them, ‘It’s all dark inside.’ According to this view, the light of consciousness is snuffed out. What remains is a hollow, empty body, a mere husk, with no mind or consciousness inside. This view induces us not to spend resources, such as time and money, on the rehabilitation of these patients, not to give them painkillers, and even to treat them as if they were less than human. But this is not right.

Our current conceptualisation of disorders of consciousness largely relies on behavioural evidence. Apart from coma, a state of unarousable unconsciousness which is almost never a chronic condition, the two main disorders of consciousness are the vegetative state and the minimally conscious state. A patient in the vegetative state breathes on her own, opens her eyes and has regular wake-sleep cycles. Like John, however, she has very limited overt interactions with the environment, of which she doesn’t seem to be aware. A patient in the minimally conscious state has a fluctuating level of consciousness, so that she can grasp objects, follow commands or produce intelligible verbalisations or gestures, but only occasionally and inconsistently. Meaningful communication with the patient is not possible.

If we considered only the behavioural evidence, the ‘dark inside’ view could very well be correct. But here is where neuroimaging comes into play. Imagine that, several months after the incident, John’s family members are involved in a research study. They give their consent for John to undergo a series of tests in a magnetic resonance imaging (MRI) scanner. While he is lying in the scanner, John is asked by the researchers through a pair of headphones to imagine playing tennis, and after a while to stop doing so. After a pause of some seconds, John is also asked to imagine navigating his home, and again after a short while he is asked to stop.

The researchers discover that John’s brain behaves exactly like the brains of healthy participants when they were asked in previous studies to imagine playing tennis or walking around their homes. The pattern of haemodynamic activation – blood flow in the brain – that the scanner picked out in John is almost identical to the one that is seen in healthy participants. This result has been replicated over and over again: the same areas, for the exact amount of time verbally specified by the researchers. This means that John possesses some level of consciousness and has relatively well-preserved cognitive abilities, because he can follow verbal commands and imagine rather complex activities, even though no overt behaviour can be observed.

More broadly, studies by the Cognition and Brain Sciences Unit in Cambridge, led by Adrian Owen in 2006 and by Martin Monti in 2010, showed that a minority (10-15 per cent) of patients deemed to be in a vegetative state or in a minimally conscious state are actually able to mentally follow commands. These studies have been replicated. Hence, we now estimate that about 10 per cent of the people who are diagnosed with these disorders of consciousness are not mere husks whose interior life has gone out. Instead, these people have a complex mental life in spite of the sequelae of their severe brain injury.

A limited number of patients were even able to use the mental-imagery test to communicate with the investigators. A mental-imagery task was associated with the answer ‘yes’ (for instance, imagining playing tennis) and the other was associated with the answer ‘no’ (for instance, imagining walking around one’s home). Patients were told about this association while in the scanner and were then asked autobiographical questions, such as ‘Is your father’s name Alexander?’ The correct answers were known to the investigators. The patients who generated a haemodynamic response answered correctly in the overwhelming majority of cases, although most patients did not generate any relevant haemodynamic signal at all.

The resulting picture is that a significant minority of patients diagnosed as being in a vegetative state or in a minimally conscious state actually have some preserved cognitive capacities: they can listen to our voices, understand what we mean, and direct their minds accordingly. In addition, a very small number of these patients can use mental imagery to answer our questions, if asked. This picture belies the common view I mentioned above. It can no longer be assumed that disorders-of-consciousness patients are devoid of a mental life. For some of them, it is not ‘all dark inside’. As a result, they should at a minimum be administered painkillers if we have good reasons to think that they are in pain. More importantly, we should talk to them since some of them can certainly understand what we say. And if provided with neurorehabilitation, they can even get better.

The status quo about disorders-of-consciousness patients violates their human rights. Their plight could well be labelled a civil rights issue. It is morally incumbent upon us to do more for these patients, especially in terms of neurorehabilitation and the general respect owed to them.

Instead of the traditional view that all is dark inside these patients, neuroimaging studies have helped to create a more nuanced picture: a minority of the patients retain significant cognitive function and awareness of the environment even in the absence of any behavioural signs. This new perspective compels us to deepen neuroscientific research so as to bring workable neuroimaging paradigms into clinical practice, and to provide more neurorehabilitation when the patient’s prognosis is promising. Sometimes, the lights inside are still on. We must help these patients trapped in the prisons of their own bodies.

Tommaso Bruni is a research associate in the Department of Global Health and Social Medicine at King’s College in London, UK. He is interested in the ethics of clinical research, the ethics of neuroscience, and bioethics. This article was originally published at Aeon and has been republished under Creative Commons.