Is it Time to Throw Out Both Democrats and Republicans? 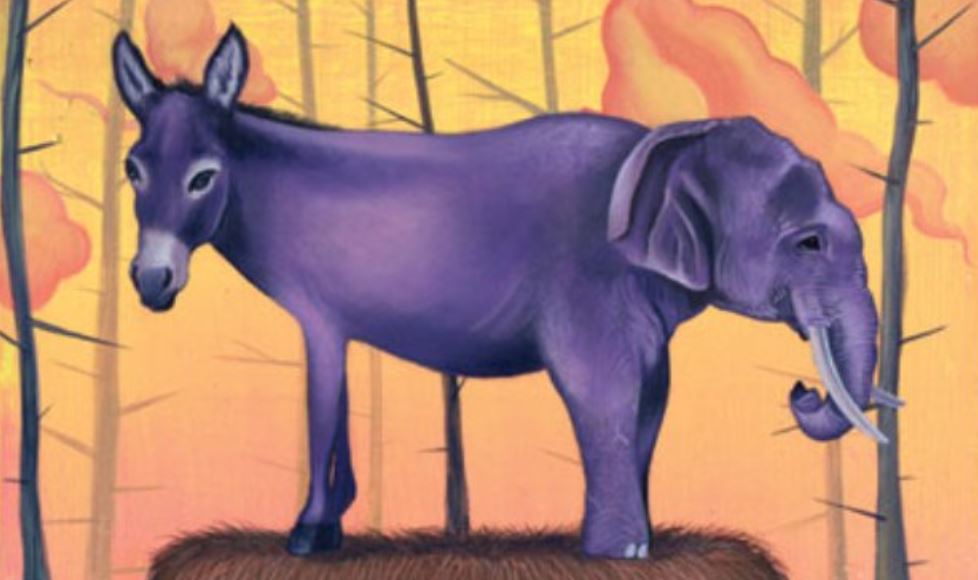 In an election year where a polling firm matched “a giant meteor hitting the earth” against Clinton and Trump – and the asteroid nabbed 13 percent of the vote – it’s time to look for alternatives to the establishment’s political duopoly.

And that’s what James Madison recommended: “When the variety and number of political parties increases, the chance for oppression, factionalism, and non-skeptical acceptance of ideas decreases.”

History is on the side of third party movements because they are willing to touch third rail issues.  For example, the fledgling Prohibition and Socialist parties supported women’s suffrage during the late 1800s, and by 1916 both Republicans and Democrats saw the light (or felt the heat).

Although the success of the Prohibition Party was fleeting, it is a model of how an issue can come from a single constituency and evolve into raw political power.

The Prohibition Party has run candidates for President in every election since 1872 (yes, this year too), but none received more than 300,000 votes or about two percent of the ballots cast.  However, its “dry” candidates for state and federal office often siphoned off votes that cost the major party “wet” nominees their winning margins.  That proved to be powerful political leverage.  In the 1918 contest for U.S. Senate in Colorado, the incumbent Democrat polled 48 percent of the vote, but the Prohibition Party candidate, who scored just 2.3 percent, gave the Republican nominee the edge – one of the two seats the GOP needed for majority status on Capitol Hill.

In 1992, Reform Party candidate Ross Perot hammered away on the issues of reducing the deficit and the need for a balanced budget.  President Bill Clinton went on to coordinate a bi-partisan coalition that created several balanced-budget deals.

The Libertarian Party had a significant impact on the passage of the 2012 Colorado referendum to legalize the use of marijuana – it had already elected a mayor, two city councilmen, and a sheriff on their party line.

According to an ABC News/Washington Post survey, 57 percent of Americans are dissatisfied with the choices of Donald Trump and Hillary Clinton; 44 percent say they would prefer a third-party candidate to run.  A recent Associated Press/University of Chicago poll revealed that 71 percent of millennials want an alternative to the Republican and Democrat nominees.  Yet there is no free market of ideas and candidates on Election Day.

That’s because ballot access laws are the new poll tax.

The establishment parties benefit from byzantine ballot access laws that make it difficult for alternative candidates to “qualify” for our vote.  Nine states don’t even allow voters to write-in names of their preferred candidates.

Disenfranchising candidates is part of the power elites’ election game as well.  Forty-five states have “sore loser” laws denying defeated candidates the right to run again on a third party line.  If a candidate believes political kingmakers thwarted his prospects of winning the Democrat or Republican nomination, his political job application cannot be re-submitted to the voters – it’s against the duopoly’s rules.

In 1775, John Adams warned us about the Republicrats: “There is nothing which I dread so much as a division of the republic into two great parties, each arranged under its leader, and concerting measures in opposition to each other.  This, in my humble apprehension, is to be dreaded as the greatest political evil under our Constitution.”  It’s time to do more than just dread the Hobson’s choice of Clinton-Trump.