10 Things Alexander Hamilton Said He Wanted in a Wife 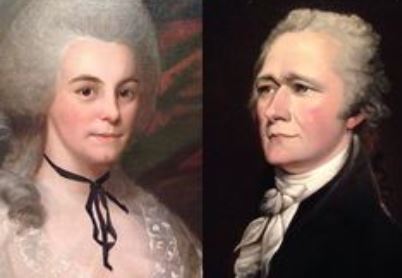 In the spring of 1779, as war raged between the American Colonies and Great Britain, a 24-year-old Alexander Hamilton had women on the brain.

Hamilton, a lieutenant colonel in the Continental Army and chief-of-staff to Gen. George Washington, had considerable duties in a war that had entered its third year. Yet his personal letters make it clear matrimony was on his mind as well as war. (Perhaps this had something to do with the steady stream of prostitutes that trailed the army, a phenomena a scandalized John Marshall called the “lewdest” scene he’d ever witnessed.)

On April 19, in a letter he penned to his dear friend John Laurens, Hamilton articulated plainly the qualities he was seeking in a bride:

4. Good breeding (“but she must have an aversion to the word “ton”)

5. Chastity and 6. Tenderness (“I am an enthusiast in my notions of fidelity and fondness”)

8. Generosity (“she must neither love money nor scolding”)

9. Reasonably religious (“A moderate streak will satisfy me. She must believe in God and hate a saint.”)

10. Wealth (“…as to fortune, the larger stock of that the better…. money is a central ingredient to happiness in this world…”)

Modern readers might find some things to quibble over in Hamilton’s list. His emphasis on the physical qualities might strike some as shallow. Others might find his wish to marry into wealth crass (Hamilton spends much time explaining this desire, suggesting he himself might not have felt it entirely honorable).

He frankly admits to a desire for money yet is not a slave to greed. A believer in conventional morality and marital fidelity, he nevertheless hates a prig. He likes religion in moderation. Clearly, he dislikes fanaticism and sanctimony. And instead of a sex goddess or a nubile coquette—types that had always titillated him—he opts for a solid, sensible, reasonably attractive wife.

As it would happen, just 20 months later Hamilton would marry a young woman, Elizabeth Schuyler, who embodied many of the qualities he expressed in his letter. (Hamilton would of course be involved in the first great sex scandal in U.S. history. Despite this indiscretion, his marriage to Schuyler appeared to be one built on mutual love and respect.)

What do you think? Does Hamilton’s letter reflect shallowness or practical wisdom from a man who knows himself?