Why Did Duterte Call Obama a ‘Son of a Whore’? 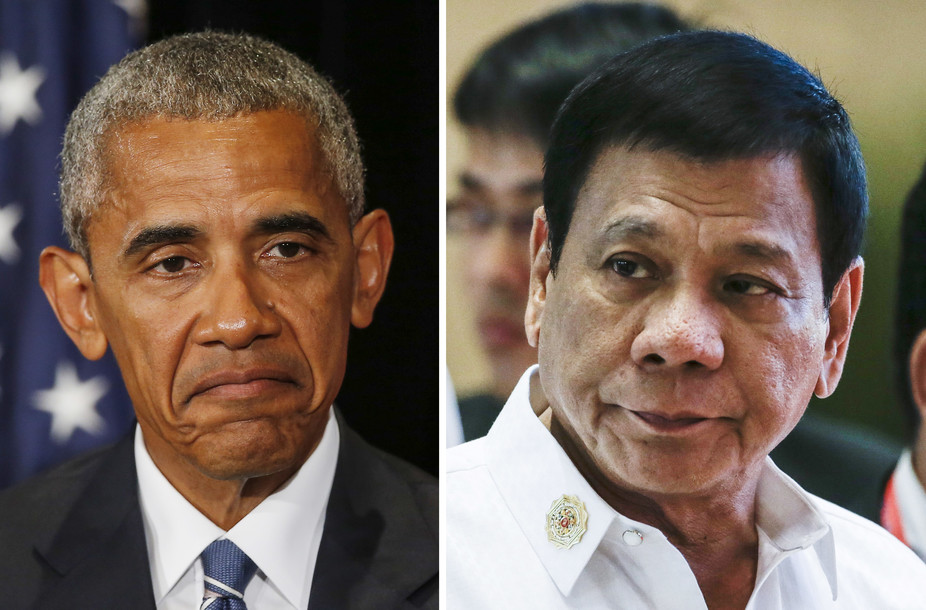 The president of the Philippines, Rodrgio Duterte, is raising the profile of his country in the international news media in a way only he can. In a warning to US President Barack Obama to stay off the subject of extrajudicial killings of drug trafficikers, he apparently called his American counterpart a “son of a whore”. The meeting was cancelled, and a statement later conveyed that Duterte had not meant the remark to be personal attack.

The problem with Duterte’s latest transgression isn’t just its diplomatic implications. It’s also another in a string of PR disasters for the Philippines in the West. It also plays directly into what Duterte himself has complained about: the voyeuristic nature of 21st-century digital news media, and the cynical and hypocritical tone of much Western coverage of his country.

This complaint is, it has to be said, not entirely unjustified. I have written critically about Duterte, and whatever attempts at balance I might make, I am one of the Western hypocrites. I know this, as do many other Westerners working in academia and not-for-profit and human rights organisations who have also managed to vault a story on Duterte’s most recent outrage into the mainstream press.

The op-eds and editorials that result paint Duterte as an almost rogue leader, ignoring the fact that he enjoys formidable domestic support (as well as backers among the legions of Filipinos working overseas). And we have to be straightforward and answer Duterte’s charge that Western coverage and criticism is invalidated by hypocrisy. The answer is that while many Westerners’ worthy umbrage and concern may be voyeuristic, cynical and hypocritical, these failures absolve Duterte of nothing.

However, a country like the Philippines garners little international interest unless beset by some sort of disaster, something it has become sadly synonymous with. It doesn’t have to be this way: the Philippines is on the rise economically, English is widely spoken, and it’s an incredibly welcoming place to visit – and yet most Westerners associate it with little more than a hazy memory of Imelda Marcos’s shoe collection, or the decline of once-great Manny Pacquiao’s boxing.

What Western audiences are made aware of are the regular cycles of super hurricanes and other calamities that devastate Filipino lives year after year. And on that basis, they are fed lofty condemnations of a new leader talking trash and violating human rights. But those of us watching from the West can do better. You don’t need to know a lot about the Philippines to condemn Duterte’s campaign of inciting extrajudicial killings, of course, but it helps if you do.

Duterte’s war on drugs did not begin when he swore his oath of office; this is a battle with a long and filthy heritage going back not only to his presidential campaign, but to 1988, when he became the mayor of Mindanao’s Davao City, the country’s third most populous city, where he was known as “the punisher”. Yet it took both Western media attention and a great deal of time for the US government to muster the bravery to say it was “concerned” about his endorsement of vigilante violence against drug traffickers.

Compare that mild expression of “concern” to the language (“inappropriate and unacceptable”) the US immediately deployed after Duterte insulted Obama. It’s not clear whether the US is as appalled by Duterte’s other bigoted and offensive remarks (to say nothing of his harsh policies) as it is when he directs them at American diplomats.

The recent (limited) coverage of protests in Manila at the “hero’s burial” of former dictator Ferdinand Marcos is also another troubling example of coverage without scrutiny and context.

Marcos was never tried after being ousted from power in the EDSA people power revolution of 1986. Having been long supported by many foreign governments, he was instead flown to Hawaii by the US Military to live out his final three years. With little if any thoughtful coverage in the West, Marcos’s escape looked to the rest of the world like a purely Philippine failing – and the role of the US and other states in helping Marcos evade justice went all but unnoticed.

Another example worth remembering is that of Gloria Arroyo, president from 2001-2010 and a close US ally in the war on terror years, who was facing major corruption charges before suddenly developing medical problems.

With Duterte in office, both Arroyo’s health problems and criminal charges have suddenly disappeared. Little Western attention was paid to the fight to put Arroyo on trial, or to her successor’s broad anti-corruption, reformist agenda.

These sorry examples embody just some of the issues at play whenever the West discusses and interacts with a developing country. Developing nations’ slow and often painful reforms in are usually not popular among their own electorates, and they don’t generate international headlines. Loud-mouthed strongmen do better on both counts.

As a result, many countries like the Philippines struggle to escape the pattern of reformer-strongman-reformer-strongman. Reformers usually don’t last as long in office, and institutions that can defend human rights are rarely built strong enough to survive the next regime.

As far as the Philippines goes, the cycle needs to end with this Duterte administration. The infant reforms of the previous Aquino administration need nurturing as best as possible to put Duterte’s undoubted strength to best use.

And all the while, Western observers should look at themselves and consider their perspective. We need to appreciate the cynical nature of our attention to these issues and the hypocrisy of our condemnation to make any progress.

Tom Smith is a lecturer in International Relations at University of Portsmouth.