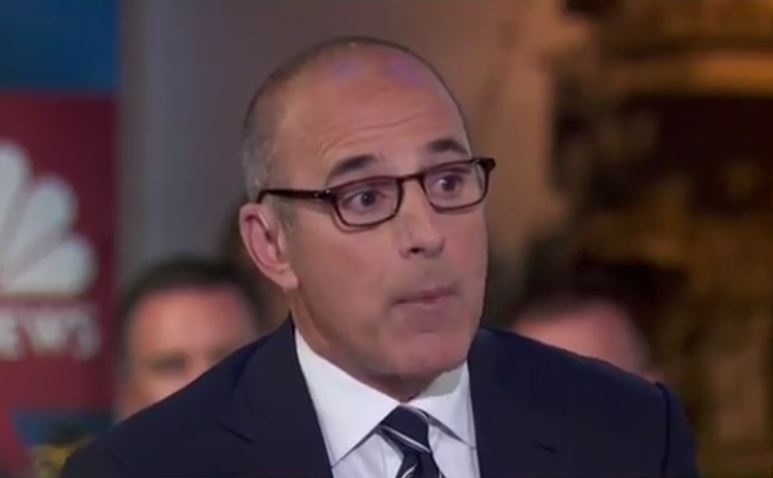 You can tell it’s the silly season when journalists and media organizations are freaking out because a journalist asked a presidential candidate pointed questions.

Earlier this week during a Commander-In-Chief forum on NBC, Matt Lauer asked Hillary Clinton about her use of email from a clandestine server during her tenure at the State Department.

Clinton has called the use of the server “a mistake,” and FBI director James Comey called her handling of classified information “extremely careless.” So questions on the topic were neither surprising nor out of bounds. Here is was what Lauer asked:

“You were communicating on highly-sensitive topics. Why wasn’t it more than a mistake? Why wasn’t it disqualifying if you want to be commander-in-chief?”

These were the toughest questions of the interview. And media went bonkers (probably in part because Clinton answered them so defensively).

The Washington Post editorial board wrote a panicked opinion piece headlined, “The Hillary Clinton Email Story is Out of Control.” (My question to the Post: How would you know? You haven’t exactly reported it.) Jonathan Chait at New York magazine wrote a story headlined, “Matt Lauer’s Pathetic Interview of Hillary Clinton and Donald Trump Is the Scariest Thing I’ve Seen in This Campaign.” Trevor Noah (the guy who replaced John Stewart on The Daily Show) said “I don’t know what the f*ck [Lauer] was doing,” comparing the performance to a kamikaze wreck.

Important to stress: bad as Lauer was, the onus is on the NBC News execs who picked him to moderate this forum

I feel let down with #MattLauer that was awful. He let Trump walk all over him, asked no relevant questions. https://twitter.com/weneedhillary/status/773694097823522816

If #MattLauer is so damned concerned about time WTH did he spend 10 minutes on the frickin emails!!!!!

Hey @MLauer, the next time my wife and I get into an argument, could you come over and mediate?

Watching DT spew his lies and never answer any questions, and Matt Lauer never holding him accountable for anything was sickening.

Lauer says the night was a “success”

Lauer did what no one other journalist had done: he grilled Clinton over a security issue she has ducked for a year and a half. Clinton’s strategy was to wait out the scandal, assuming it would eventually blow over. It was a smart strategy and mostly worked.

The press, which never showed much interest in digging deeply into the email story, pretty much buried it for good (with some exceptions) after the FBI declined to recommend charges to the Justice Department, leaving it to conservative media and the fever swamps of the internet.

But nobody told Lauer apparently, and by treating a “non-story” as a story, he—a TV host!—was making serious journalists and media organizations look bad. So they lashed out.

Media writer Howard Kurtz called the Lauer bashing “thinly disguised anti-Trumpism,” and he’s probably right. If not for Trump’s presence in the presidential contest, Lauer likely would have been applauded for asking tough questions.

But it’s the silly season, and journalists and media organizations believe they are all that stand between the Oval Office and Donald Trump, a man they admit they fear. So for now, the tough questions for Clinton must wait. They need to tell people how they should think.