Why Did Japan’s Massacre of Disabled Gone Unnoticed? 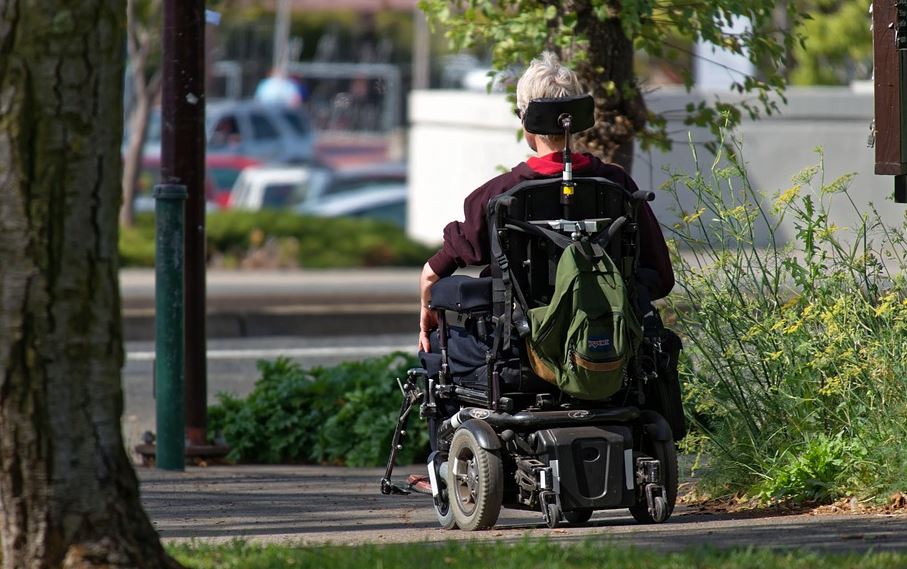 On July 26, 2016 a man wielding a knife broke into Tsukui Yamayuriena, a home for the disabled outside of Tokyo and brutally murdered 19 people as they slept, while injuring another 26. Afterwards, he turned himself in to a local police station, with the explanation:

“It is better that the disabled disappear.”

“There was no hashtag. No public outcry. Not even prayers.”

Disability rights journalist David Perry pointed out the irony that the attack came just one day before the anniversary of the Americans with Disabilities Act.

This sad coincidence is evidence of an ongoing ambivalence toward people with disabilities. On the one hand, they are increasingly visible – often as sources of inspiration for the able-bodied. And there are many signs of progress, such as recognition of their legal rights and more inclusive schools.

On the other, disabled people continue to face prejudice, social isolation, and violence.

I have spent over 20 years researching and writing about the history and culture of people with disabilities.

My research helps me to see continuities between the tragedy in Japan and the practice of institutionalization which started in the U.S. and Europe, and remained the primary way for managing people with disabilities for over a century. Regrettably, that practice still continues in many parts of the world.

Hiding people who live with disabilities

In Japan there is a deep stigma against those who are unable to work. Indeed, it is still common to institutionalize people with disabilities, intellectual or otherwise, that impede their productivity.

(A woman offers flowers to mourn the victims at Sagamihara. Issei Kato)

By warehousing people with disabilities, institutions send the message that they need to be segregated and managed. It becomes easy for their differences to be seen as a shameful and frightening secret that happens to other, less worthy people.

In truth, disability is an aspect of ordinary experience that touches all people and all families at some point in the cycle of life.

“The fact is, most of us will move in and out of disability in our lifetimes, whether we do so through illness, an injury or merely the process of aging.”

Yet, fear of our own vulnerability and of the stigma that accompanies disability leads us to deny this basic truth. It is easier to see the disabled as a faceless population than as individuals who deserve respect, accommodation and opportunities to thrive.

How did we get here?

A look at the past can help us to understand the attitudes toward the disabled we witness today. The history of disability has not been a path of steady progress toward tolerance and accommodation.

James Trent, a professor of sociology and social work at Gordon College, in his 1994 book, “Inventing the Feeble Mind,” describes shifting attitudes toward and treatment of people with disabilities in America since the Colonial era.

According to Trent, in the Colonial and early republican eras, “idiots” – as people with intellectual disabilities were known at the time – were recognized members of their local communities.

But beginning in the 19th century, the rise of modernity put greater emphasis on normality. A good citizen was one who had the ability to be productive and self-reliant. A new class of professionals emerged whose careers were devoted to managing human health and behavior.

By the mid-19th century, these changes had contributed to the identification of “feeblemindedness” as a social problem that needed to be identified and treated. Feeblemindedness was a broad category that included people with intellectual disabilities, but also others who were deemed unproductive or immoral, such as immigrants, people of color and the poor.

It became increasingly common to remove the feebleminded and other people with disabilities from their families and communities and place them in institutions.

Early institutions in the United States were inspired by French educator Edward Seguin, known as the “apostle for the idiots.” He believed that people with intellectual disabilities were capable of learning and development.

Inspired by Seguin’s success, the first American institutions, led by men such as Hervey B. Wilbur, Samuel Gridley Howe and Henry M. Knight, were dedicated to education and uplift. They were intended as a temporary measure to build residents’ skills and moral character, releasing them as productive members of society.

Institutions as places of abuse

Within a few decades, the mission of institutions began to shift from reform to permanent custody of the feebleminded. It was hard to find employment for newly reformed inmates, particularly during periods of economic scarcity.

In the early 20th century, the eugenics movement contributed to prejudice against the feebleminded by proposing that they posed a threat to the purity and strength of the nation’s bloodlines.

(Forest Haven, a children’s developmental center and mental institution in Maryland, was shut down in 1991. Jack Says Relax, CC BY-NC-ND)

Institutions addressed these concerns by hiding the “undesirables” from view. They also controlled their ability to reproduce through segregation and, in some cases, compulsory sterilization.

Where once institutions had prioritized education and care, their mission shifted to social management. They became overcrowded, and residents were subjected to abuse and neglect.

Sometimes the “feebleminded” were used in medical experiments. Without their consent, they were exposed to pathogens for diseases such as hepatitis, gonnorhea and flu.

Change is hard in many countries

By the mid-20th century, the rise of a parents’ movement and a series of damning journalistic exposes of facilities like Willowbrook State School and Letchworth Village began to roll back the practice of institutionalization.

Once again, people with disabilities would be included in family, education and workplaces.

Thanks to such efforts, in the United States today people with disabilities often live within their own communities, although many of the problems introduced by institutional culture persist – albeit in different forms.

(Facility for the disabled, near the facility in Sagamihara, Kanagawa prefecture, Japan. Issei Kato)

For example, people with disabilities can still be segregated into sheltered workshops where they are paid below minimum wage for dull and repetitive labor; isolated in special education classrooms and can still face diminished opportunities to work and socialize.

But in many other parts of the world, the practice of institutionalization – and its attendant problems – remains. Media reports have highlighted the appalling conditions and abuse in facilities in Mexico, Russia and Romania.

The point of noting horrors in other parts of the world is not to exonerate the United States, where people with disabilities still encounter prejudice, exclusion and violence, but to emphasize the lingering culture of institutionalization.

The fear, shame and misunderstanding around disability that we see today are sentiments that persist long after the facilities themselves have closed.

For example, families of those who died at Tsukui Yamayurien chose not to identify their names. I believe it is the logic of institutionalization that motivated their decisions. So great is their shame that the victims’ families would prefer the dead to remain anonymous and unmemorialized than admit to having a disabled relative.

In the United States, this same reasoning lies behind hundreds of thousands of graves marked only with numbers at the cemeteries of former state asylums and hospitals. In recent years, advocates have sought to identify the dead, both to redress past crimes and to insist on the value of disabled lives in the present.

Let’s recognize them as people

On the face of it, the massacre at Tsukui Yamayurien was committed by a single, deranged individual. But his actions belong to the long history of institutionalization.

The practice of warehousing people with disabilities sends a message that they are less than human. Even long after institutions are closed, we continue to treat their former residents as a problem to be managed.

We forget they are individuals whose lives have meaning and value. Their senseless deaths are just as tragically newsworthy and deserving of memorialization as those of all other victims of mass violence.

Rachel Adams is Professor of English and Comparative Literature at Columbia University.