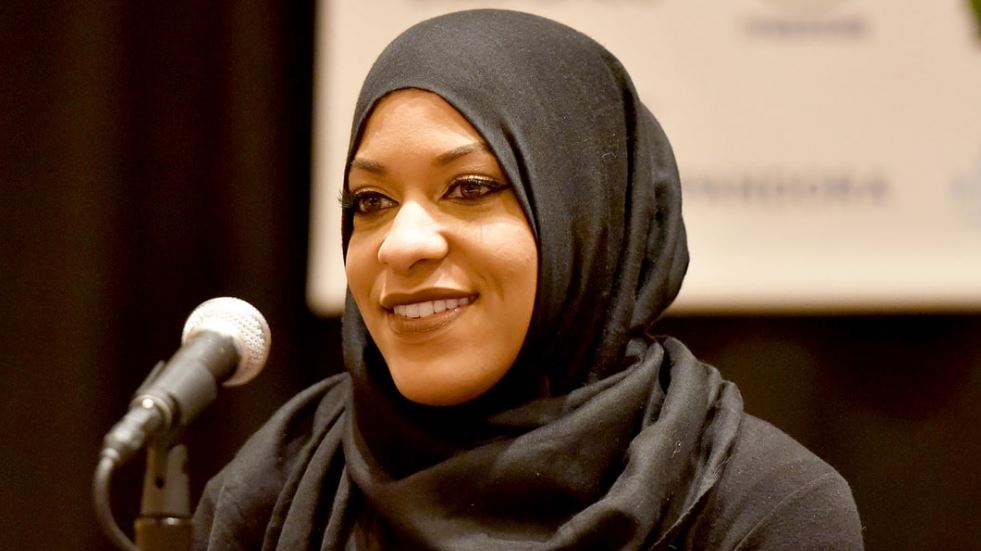 People are upset that Michael Phelps, who won his 19th gold medal Sunday while competing in the 400-meter freestyle relay, was tapped to be Team USA flag bearer at the Olympic Games in Rio.

Phelps narrowly edged Muhammad out in the voting, but some still were not done. W. Kamau Bell, writing at CNN, publicly urged Phelps to step aside and forgo the honor.

Thank you! I really appreciate the fact that you have made — or will make — the right choice here. You haven’t announced it yet, but I’m sure you will soon. …

I would be proud of you for giving up your position to Ibtihaj Muhammad. Muhammad carrying the flag would be much bigger than your one moment. It would be a symbol for our country in this moment when we are mostly known for one of the most contentious, controversial, scandal-ridden, hateful, xenophobic, jingoistic, and just generally unlikeable presidential elections in recent memory. This is at a time when we could use some more symbols of unity and togetherness.

The columnists’ reasoning uniformly seemed to hinge on two key points: Donald Trump is a jerk and allowing Muhammad to carry the flag would have burnished America’s E Pluribus Unum bona fides.

One could argue that Muhammad’s very presence on the Olympic team achieves the latter, but I concede that it would have been powerful to have watched Muhammad carry the Stars and Stripes during the opening ceremony.

It’s true that political statements are supposed to be avoided at the Olympics, but strict adherence to this rule would have deprived us of some powerful moments, including this one. On the flip side, injecting politics into the Games can undercut one of the primary motives for the Games—the building of national unity.

The writers of the columns above tend to view national pride as “dangerous,” and it’s true that nationalism can be taken too far. But a lack of national identity can be equally disastrous. Which leads to my last point.

Muslims have been competing in the Olympics on Team USA for decades. Muhammad is unique only in that she is the first to compete in a hijab. There is nothing wrong with that certainly, but–pardon my asking–why is that such a big deal?

Muhammad is wearing a garment invisible in competition. No one would have had the slightest clue she was even wearing it if it had not been part of a planned media campaign. Muhammad, who was eliminated from single’s competition on Monday in the second round, is world-famous not because she did well in the Olympics but because she elected to make herself a symbol.

She has received glowing coverage in virtually every major media outlet in the English-speaking world and appeared on TV with Stephen Colbert.

Muhammad is a celebrity. She’s living her dream; good for her.

That said, it would not have been right to deprive the guy with 18 gold medals (now 19) of the honor of carrying the flag because he is a “tall, successful, rich white guy.” That would have been, well, un-American.