It’s Up to America to Save Western Civilization 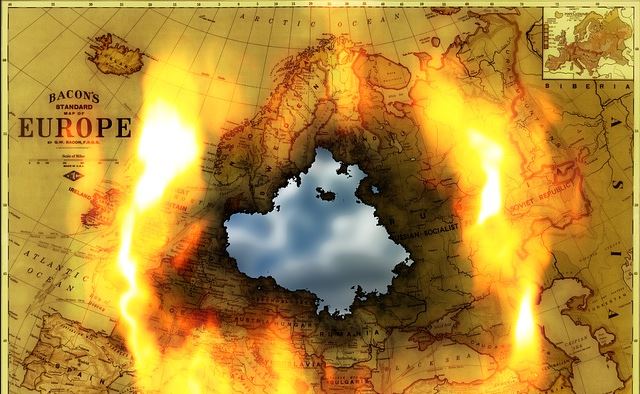 America has never been regarded as the cultural hub of Western civilization. It has never really shaken the perception that it is Europe’s less-refined child in the realms of intellect and the arts.

However, as British author Theodore Dalrymple argues in his article “Suicide of the West”, Europe is no longer in a position to bear the torch of the past ideas and values that formed the West. They have been almost irreversibly crippled by secularization and its related phenomenon of low birth rates. As a result, he writes,

“Overall, most Europeans do not believe in any large political project, whether it be that of a social class, the nation, or of Europe as a while. Most Europeans have no concept any longer of la glorie, that easily derided notion that can nevertheless impel people to the highest endeavor, to transcend themselves and their most immediate interests. Most Europeans now mock the very idea of a European civilization and therefore cannot feel much inclination to contribute to it.”

Dalrymple implies that it is left to America, then, to save Western civilization. America, according to Dalrymple, is free from many of the things that have led to Europe’s decline due to the following factors:

“The U.S. is geographically isolated from conflicts in Asia and Europe and has never faced any serious threat from its neighbors.”

2) The Power of Assimilation

“The United States is a nation founded on a coherent and attractive, if not profound, philosophy… In an age of mass migration, at least in one direct, this gives it a great advantage over Europe, where nationhood is founded on a sociobiological past and which therefore has much greater difficulty, in absorbing large numbers of immigrants.”

“Perhaps because no church has ever been established, religion has survived better than in countries where religious belief has been closely associated with temporal power. Once the power to enforce conformity and suppress dissent declines in states where there has been a state religion, religious belief itself declines precipitately, for it is seen as having chosen the wrong side of history. There is no danger of this in the U.S., and the religiosity of Americans keeps alive the little platoons that are so important in maintaining the vigor of civil society independent of government.”

“Finally, there is American military power, unprecedented in world history. America spends more on its military than the rest of the world combined. This should secure its predominance for the foreseeable future.”

That said, Dalrymple recognizes that the above advantages are by no means a guarantee that America will succeed in preserving Western civilization. As he points out, America (like Europe) seems to be moving away from limited government, a good portion of its religiosity tends toward superficiality, and its economic policies and lack of cultural confidence are diminishing its ability to effectively assimilate immigrants.

Western civilization has reached a moment of decision: either it can begin to rally its troops, or it can continue on its path of self-destruction. As the title of William Bennett’s history series claims, America is probably “the last best hope” for leading the former option, but it is dangerously close to embracing the latter.