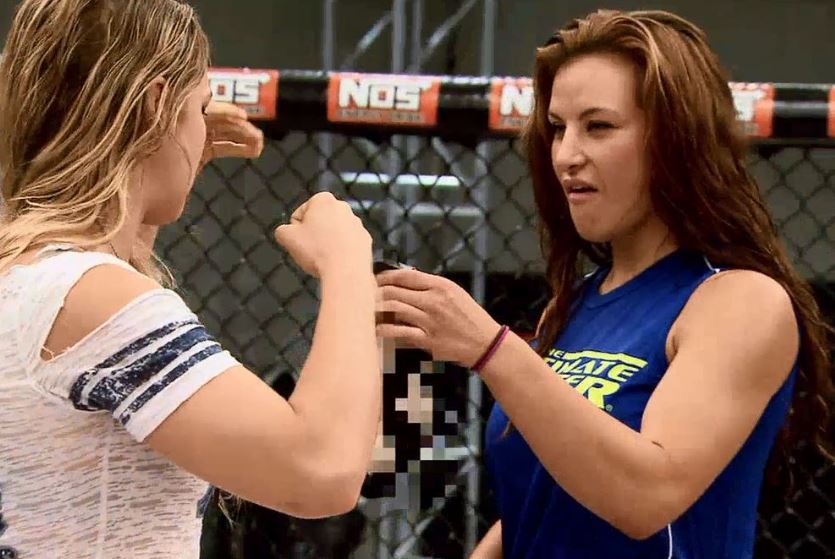 Anyone else a bit surprised by this lead via the Harvard Gazette?

It’s not exactly front-page news that when it comes to conflict, men and women usually behave very differently. The way they resolve those conflicts also tends to differ.

While men can be aggressive and combative, a new study shows that, from the tennis court to the boxing ring —modern equivalents of one-on-one conflict — men are more likely than women to make peace with their competitors after the competition ends.

To be honest, I wasn’t as surprised by the findings as the fact that it’s still permissible for Ivy League publications to write on gender stereotypes. But if it’s in the Harvard Gazette, it must be okay. So, let’s continue.

Using videos of four sports in 44 countries [researchers] found that men are far more likely to engage in friendly physical contact — handshakes, back pats and even hugs — following competition than women are.

The entire study is available in the journal Current Biology, but the gist is this: researchers scoured Youtube clips and noticed that women were much chillier to one another after competition than men.

Joyce Benenson, an associate professor at Harvard, told the Gazette that the findings were counterintuitive because models suggest males are more competitive and aggressive than females. On the other hand, it reinforces the “male warrior hypothesis”—an idea originated by Dutch psychologist Mark van Vugt that suggests men are genetically programmed in a way that facilitates intergroup relationship building.

The findings in the Harvard study also dovetail with behavior observed in primates, she said.

“Male chimps show tremendous aggression, even to the point of killing other males, but they also often reconcile immediately following a conflict,” Benenson told the Gazette. “They do that because, in addition to the battle to sire the most offspring, they also have to cooperate to defend their community in lethal intergroup conflicts.

What to make of the findings?

I can’t say I find the research particularly surprising.

My personal experience has shown that men are more aggressive and confrontational, but they also tend to move on quickly afterwards. And the hypothesis that women might be less inclined to let go of conflict makes sense if one accepts the premise that women are not as combative as men, in which case reconciliation might be more difficult.

My hunch is that a) most probably agree with the research’s findings b) most of these people would be hesitant to share this perspective at a cocktail party out of fear of being tagged sexist or chauvinistic.

And it’s true the findings could reinforce the stereotype that women are “catty” when dealing with other women, and an accusation that makes polite people (like yours truly) uncomfortable and is resisted by many intellectuals (i.e. New York Times writers).

What do you think? Is the research sound or is it agenda-driven nonsense?