Why are So Many Movies Based on Children’s Classics So Bad? 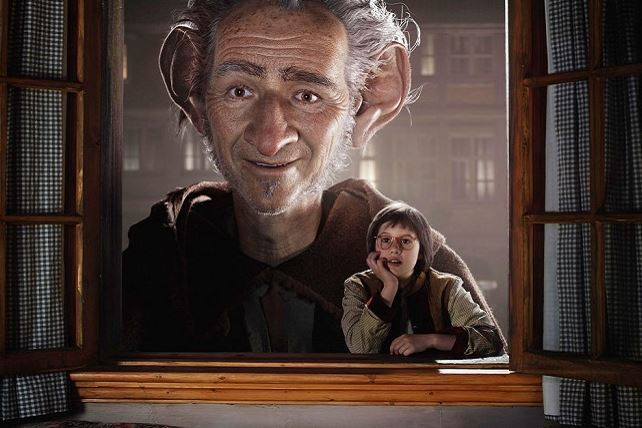 The director Steven Spielberg is a cultural juggernaut. After decades of hit movies such as Jaws, E.T., Raiders of the Lost Ark, Saving Private Ryan, and many more, he would seem like the perfect choice to translate a beloved children’s story to the big screen.

Alas, although the anticipation surrounding Spielberg’s collaboration with Walt Disney Pictures on The BFG was high, what we got was this:

Starring Oscar-winning actor Mark Rylance (Bridge of Spies) in the title role, and introducing a delightful young actress named Ruby Barnhill, this version of The BFG—The Big Friendly Giant—tells the tale of orphan Sophie (Barnhill) and the dream-catching giant (Rylance) who befriends her. Together, the unlikely duo helps the Queen of England to save Great Britain from man-eating giants that discover BFG’s portal between their magical world and ours.

The film is far from horrible, but a ways from being good. It is too long, needlessly drawn out in unimportant parts, and fails to convince the audience they should care about anything happening on-screen. Visually, BFG is impressive, but that “wow factor” wears off within the first third of the film.

Nearly everyone who is a Millennial or older will be familiar with the BFG. Many of us had gobbled up Roald Dahl’s entire catalog before we got to junior high. James and the Giant Peach. Charlie and the Chocolate Factory. And along the way we saw various TV and Film versions of Dahl’s fantastical stories where young lead characters were placed directly into unimaginable—and sometimes frightening—circumstances that tested their mettle. Roald Dahl had a tough life, including service to his country during WWII and the death of two of his children. His work shows he was capable of telling stories that both entertained children and gave them a realistic glimpse of the unavoidable hardships and dangers that human beings are confronted with.

The BFG movie fails to capture this unique creative tension. Instead, it was flat. In the book version, Dahl did not shy away from evoking the fear and danger appropriately associated with being a little kid stuck in a world populated by little-kid-eating giants. Spielberg, on the other hand, glossed over such potentially uncomfortable subject matter.

Therein lies the problem with The BFG and with many other movie versions of children’s stories: they cater to adult nostalgia for childhood rather than trusting that their audience of children can handle morally complicated stories. Instead of stories with creative tensions and ambiguous motives you get movies that feel more like celebrations of technique and special effects than compelling narratives with something important to say.

The movie versions of children’s classics that have worked well in recent years—Lord of the Rings, the first Narnia movie, and Fantastic Mr. Fox, for example—stayed true to the stories and spirits of their originals. They captured what fans loved about the books because they didn’t shrink from presenting the more ambiguous aspects of the stories’ characters.

The ones that were disappointments—The Hobbit trilogy, Prince Caspian, the Divergent series—made silly changes to the original plots in order to make things easier for their audiences to understand. That sacrifice of complexity for convenience ruined the movies.

The film version of C.S. Lewis’ Prince Caspian was an especially egregious example of modern filmmakers thinking that they needed to both tone down the intensity of the original author’s creative choices and deviate from the much-loved storyline. In the book, Prince Caspian is a young boy who faces great evil in the form of his conniving relatives. In the film, he is a tall, handsome, athletic 20-year-old whose enthusiasm gets the better of him. It felt like the director was afraid of depicting a little kid being afraid.

Steven Spielberg’s BFG falls somewhere in between the two extremes cited above. It felt more like a movie for adults who Disney hoped would fondly remember the story than a movie intended for modern children to fall in love with.

This article was reprinted with permission.