What the ancient Greeks would have thought of Donald Trump 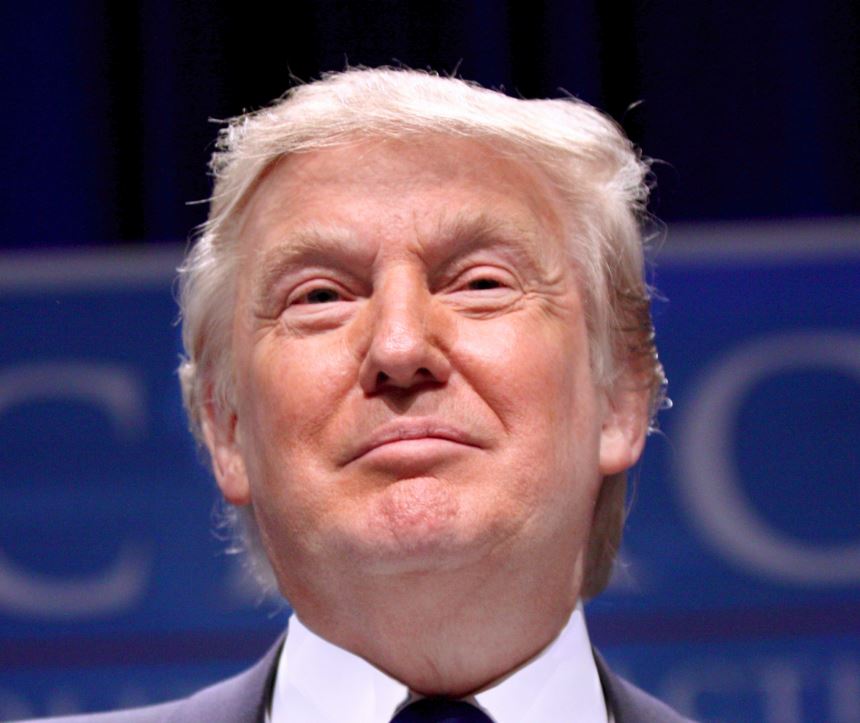 You know them already, but you probably don’t have a name for them let alone an understanding of what drives them and why.

They are called cholerics. They are one of the four temperaments identified in the proto-psychology of the ancient Greeks. And they have an innate sense of self-worth and ambition that drives them to accomplish things, and to view others as either stepping stones, obstacles, or irrelevant to their schemes.

Not all cholerics are insufferable, arrogant bullies. Cholerics have natural strengths in leadership, make excellent entrepreneurs, and are among the keenest intellects.

But the insufferable, arrogant bullies in your life are undoubtedly choleric, and it is important to know how and why. The more we know about cholerics, the better equipped we are to deal with them in all aspects of life.

The ancient Greeks believed that the world consisted of four basic elements (five at most): air, water, fire, and earth.

They also believed the human being was like a smaller-scale copy of the cosmos – a microcosm. Since the cosmos had four basic elements, naturally the human body had to be made of four basic components as well. They picked four bodily fluids or humors: blood, phlegm, yellow bile, and black bile.

The idea that human health was governed by the four humors persisted from the time of Hippocrates (460 – 370 BC) arguably up until the 19th Century, but was eventually discarded as Enlightenment-era research and anatomy produced more accurate medical models.

It turns out there is no such thing as black bile after all.

But even as the humorist world view evaporated, the corresponding body of psychological observations known as the four temperaments was retained by psychologists and physiologists right up to the present.

To this day the terms sanguine and melancholy retain more than a trace of their humorist meaning in everyday speech, reflecting the original notion that an excess of blood made people cheerful, optimistic, and friendly, while an excess of black bile made them gloomy, despondent, and pessimistic.

The theory of the humors may have been abandoned, but that doesn’t mean we can’t take advantage of the proto-psychology of the four temperaments. These observations remain useful regardless of the theory behind them.

The Greeks believed we each have some combination of the four humors within us, but most of us are not in a state of balance. The four extremes were identified as four main “temperaments” from temperare meaning “to mix in due proportion”. Most people display the characteristics of one main temperament, along with a subsidiary temperament.

That means we each contain aspects of the following:

Phlegmatic: mild, placid, drawn to rules and order, afraid of conflict, happy to do their own thing or go along with the crowd.

If you want to know what an extreme choleric looks like, start with Donald Trump.

If an ancient Greek physician met Donald Trump, they would be deeply concerned. Not for any of the usual reasons, but because Trump’s behavior and appearance would be viewed as indicating a severe excess of yellow bile – a terrible imbalance of humor with associated medical complaints.

On the psychological level Trump is an excellent specimen of an extreme choleric. He is proud, ambitious, audacious, thin-skinned, aggressive, bullying, self-absorbed, energetic, and individualistic.

There’s a little bit of Trump in all of us, but more so (much more so) in others of the choleric temperament.

Look at Hilary for a moment: she may not be ostentatious and flashy, but does anyone doubt for a moment that she shares Trump’s choleric qualities? In temperament terms we might say that Trump is more sanguine than Clinton, but upbringing, character, and personal history also account for much.

Nonetheless, only a fool would think that Clinton is any less proud, ambitious, aggressive or vengeful than her more extroverted counterpart.

Politics is like a battle-royale for power-hungry cholerics, and an indefatigable self-belief is increasingly the precondition for entry.

But it’s not just politics.  In nearly every field or realm of life, cholerics will seek to rise to the top.

They can’t help it – something in their nature drives them to achievement, accomplishment, and positions of personal power. The best thing about cholerics is that they are natural-born leaders. The worst is that most of them think so too.

The rest of us tend to fall foul of cholerics when we have something they want. “All is fair in love and war” might have been written by a choleric. It could never be the motto of a melancholic or phlegmatic, whose idealism and “follow the rules” mentalities leave them aghast at the Machiavellian machinations of the choleric mind.

Cholerics can bend or break the rules because their own sense of self-worth and ambition is such a salient feature of their inner world. An extreme choleric feels that their actions and choices are justified simply because they are their own.

For an extreme choleric, success (their own success) will cover a multitude of sins.

Various thinkers from Immanuel Kant to Ivan Pavlov have attempted to systemize, codify, and get to the heart of the four temperaments.

One of the best descriptors comes from Jakob Henle, the anatomist of renal fame.

Henle believed that temperament could be reduced to the interplay of two functions of the nervous system: the intensity and duration of excitement.

Excitement simply means “activity” or “energy”. It can be applied to a single cell, or to a whole human being.

Cholerics are easily or intensely excited, and their excitement lasts for a long time.

The unique combination of intense and enduring excitement means that cholerics often feel like “the smartest guys in the room”. Temperament has nothing to do with intelligence per se, but just imagine what it must feel like to be a choleric trying to orient yourself in society: the things going on around you make a strong impression, and those impressions last a long time.

In the context of something like a business opportunity this means that cholerics tend to see the opportunity (strong impression) and have the discipline or tenacity to pursue it (enduring impression).

Imagine spending your formative years with the ever-increasing sense that your peers are either too lacking in discipline or too “slow” to seize the opportunities around them, while you alone seem to have what it takes to get ahead in life.

How many times would you have to watch other people fail, miss the boat, or let opportunities pass them by, oblivious to their loss, before you arrive at a sense of your own superiority?

For a choleric, this sense of superiority is self-reinforcing, because it both encourages and enhances self-efficacy. Whether it’s in a field of expertise where superiority drives the choleric to be the very best, or in more mundane settings where some cholerics learn that they can get what they want simply by pushing others, in either case the experience of efficacy leads to a greater sense of control which in turn encourages more attempts at efficacy.

In simple terms, if you’re getting pushed around by a choleric, realize that they’ve had a lifetime of learning how to get their own way.

The self-aggrandizing, aggressive, and deeply arrogant behavior and motives of extreme cholerics is hard to deal with, but recognizing their temperament makes coexistence much easier.

For example, you don’t need to tiptoe around a choleric. They won’t appreciate most instances of tact (unless it saves face for them publicly) but will interpret it as weakness instead. They respect strong contenders. They will hate you for denying their ambitions, but they would hate you more for pitying them.

And the strengths of a choleric can be truly admirable. Friends and acquaintances with strong choleric tendencies can impress us with their pragmatic intelligence, their energy, their discernment, and the clarity of their ambition.

This is where the question of nature versus nurture, or temperament versus character becomes all-important. Cholerics can’t help but be strongly ambitious, yet character and up-bringing inform the content of those ambitions and the moral boundaries that contain them.

The choleric in all of us

The ancient ideal was one of balance. The four temperaments are imbalances and we can benefit from learning to see things from the perspective of our less developed temperaments.

For the rest of us it means learning to appreciate choleric ambition, self-confidence, and pragmatism, in due measure.

But when it comes to an extreme choleric it might be best to appreciate them warily, from a safe distance.

Zac Alstin is associate editor of MercatorNet. He also blogs at zacalstin.com. This article was republished with the permission.