A Warning about Islam from the Last Pope? 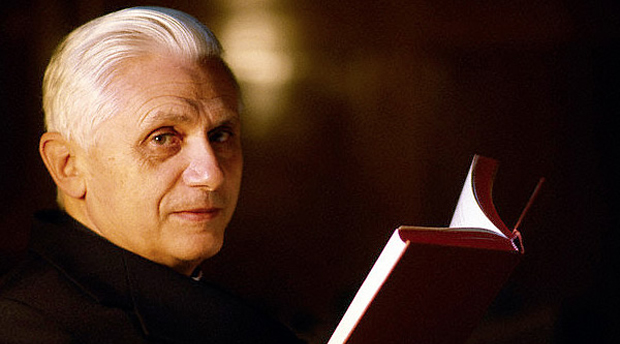 A large part of the controversy between Islam and the West boils down to scriptural hermeneutics.

“Scriptural hermeneutics” refers to the lens that a person, group, or religion uses to interpret their respective scriptures.

Most Christians, for instance, hold to some sort of theory of “divine inspiration” in regard to how the Bible was written: They do not believe that God dictated the words of the Bible to its authors, but that he “inspired” them to write. Thus, while still “the Word of God,” the Bible exhibits the talents but also the limitations of its human authors, and must therefore be interpreted.

This theory of divine inspiration, couple with Christianity’s long tradition of reading the Bible allegorically or symbolically, allows for a bit more wiggle-room in Christians’ interpretation of some of those more bloody passages and recommendations—such as Psalm 137, where the author praises the one who seizes the children of Babylon and “smashes them against the rock” (see C.S. Lewis’ creative interpretation of this passage here).

But apparently, according to Pope Benedict XVI, Islam’s scriptural hermeneutics allow for considerably less wiggle-room in interpretation. That’s because the Qur’an is reported to have been literally dictated to Muhammad by God through the archangel Gabriel.

In 2006, the pope’s former student, Fr. Joseph Fessio, S.J., recounted Benedict’s response to a presentation on Islam the previous summer as follows:

“The main presentation by this Father [Christian] Troll was very interesting. He based it on a Pakistani Muslim scholar [named] Rashan, who was at the University of Chicago for many years, and Rashan’s position was Islam can enter into dialogue with modernity, but only if it radically reinterprets the Koran, and takes the specific legislation of the Koran, like cutting off your hand if you’re a thief, or being able to have four wives, or whatever, and takes the principles behind those specific pieces of legislation for the 7th century of Arabia, and now applies them, and modifies them, for a new society [in] which women are now respected for their full dignity, where democracy’s important, religious freedom’s important, and so on. And if Islam does that, then it will be able to enter into real dialogue and live together with other religions and other kinds of cultures.

And immediately the holy father, in his beautiful calm but clear way, said, well, there’s a fundamental problem with that because, he said, in the Islamic tradition, God has given His word to Mohammed, but it’s an eternal word. It’s not Mohammed’s word. It’s there for eternity the way it is. There’s no possibility of adapting it or interpreting it, whereas in Christianity, and Judaism, the dynamism’s completely different, that God has worked through his creatures [emphasis added]. And so it is not just the word of God, it’s the word of Isaiah, not just the word of God, but the word of Mark. He’s used his human creatures, and inspired them to speak his word to the world, and therefore by establishing a church in which he gives authority to his followers to carry on the tradition and interpret it, there’s an inner logic to the Christian Bible, which permits it and requires it to be adapted and applied to new situations.”

The implication of the pope’s analysis—again, as reported by Fr. Fessio—is interesting, as it seemingly implies that Muslims are technically not at liberty to give a more liberal interpretation to bloody passages in the Qur’an… that they ought to take them literally.

Now, both in times past and present, plenty of Muslims have not held to such a literal reading of the Qur’an. And though I am no expert on Islam, I am vaguely aware that there is a long and dynamic tradition of interpreting the Qur’an throughout the history of the religion.

But the pope’s analysis does raise an intriguing and certainly controversial question: When it comes to interpreting the Qur’an, who are the “faithful” Muslims?