Why the Muslim Mind ‘Closed’ 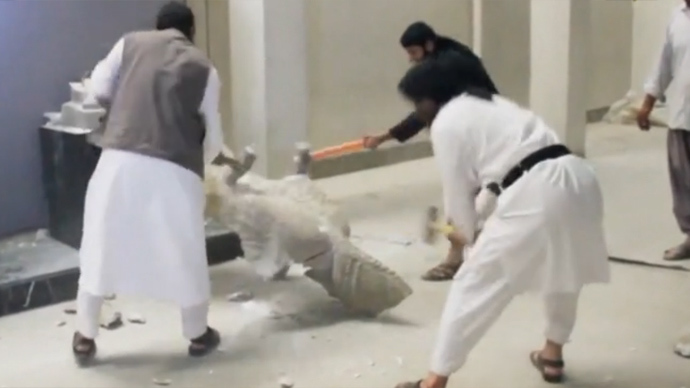 In 1987 professor Allan Bloom published The Closing of the American Mind, a stinging indictment of American higher education.

But according to former policy advisor Robert Reilly, a much more dramatic “closing of the mind” happened in the Muslim world 800 years ago, and is at the heart of the modern conflict between Islam and the West.

Reilly argues this thesis in a provocatively-titled book—The Closing of the Muslim Mind: How Intellectual Suicide Created the Modern Islamist Crisis.

The gist of Reilly’s argument is aptly summarized in the forward to the book by philosopher Roger Scruton:

“[Reilly’s] purpose is to show that Islamic civilization, which led to the urbane princedoms of Andalusia in the West, and to the mystical laughter of the Sufis in the East, underwent a moral and intellectual crisis in the ninth to the eleventh century of our era, when it turned its back on philosophy and took refuge in dogma. Several factors are responsible for this ossification, but the principle one, in Reilly’s view, was the rise of the Ash?arite sect in the tenth century and the defeat of the rival sect of the Mu?tazalites. The Ash?arites found a potent voice in the Imam al-Ghazali (d. 1111), a brilliant philosopher and theologian whose tormented spirit found refuge at the last in a mystical oneness with Allah. Human reason teaches us to question things, to discover things, and to make new laws for our better governance. Hence reason was—for al-Ghazali—the enemy of Islam, which requires absolute and unquestioning submission to the will of Allah. In his celebrated treatise The Incoherence of the Philosophers, al-Ghazali set out to show that reason, as enshrined in the writings of Plato, Aristotle, and their followers, leads to nothing save darkness and contradiction, and that the only light that shines in the mind of man is the light of revelation. Although al-Ghazali’s arguments are soundly refuted by Averroes (Ibn Rushd) in his The Incoherence of the Incoherence, Islam rushed to embrace the Ash?arite doctrine, which made so much better sense of the ruling idea of submission. Averroes was sent from Andalusia into exile, and the voice of reason was no more heard in the courts of Sunni Muslim princes.”

Like all sweeping narratives of history, I’m sure that Reilly’s Closing of the Muslim Mind omits certain important exceptions and qualifications. (Yale professor of Islamic Studies Frank Griffel points out some here.)

But if the general outline of Reilly’s thesis is correct, it means that there is a lot of preparatory work to do before fruitful dialogue between Islam and the West can take place. It also means that simplistic attempts to “bring democracy” to the Muslim world are ultimately doomed to failure, for that world has been separated from the intellectual culture in which democracy can take root and subsist.

You can read the entirety of Reilly’s Closing of the Muslim Mind here. I’d be curious to hear your thoughts on it.