Muslims in Europe: Immigrants or Invaders? 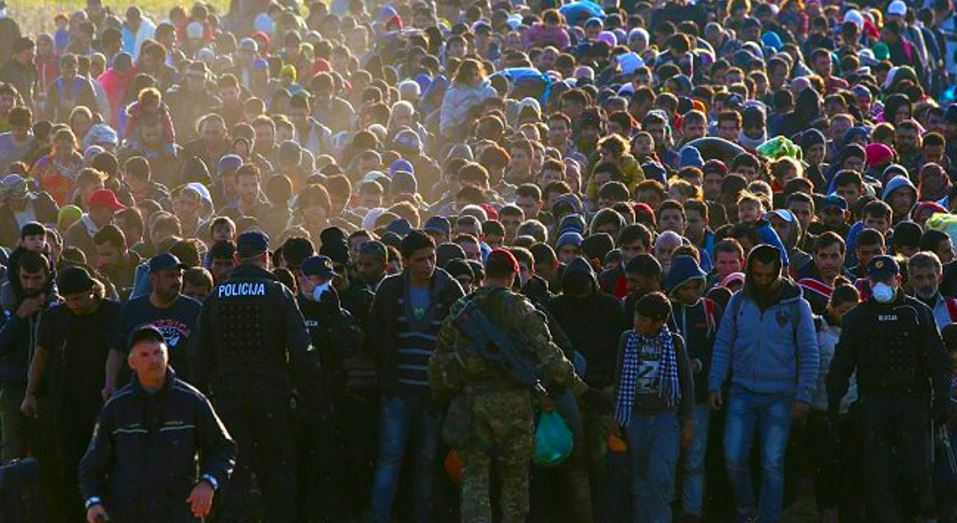 The question must at least be pondered, even by Americans.

Last year, a Catholic bishop in Hungary, László Kiss-Rigó, publicly contradicted Pope Francis on the question what to do about the huge number of Muslims pouring into Europe to escape wars in their own countries. The Pope called them “refugees” who should be welcomed and fully “integrated” by European countries. He even took a dozen of them with him from Lesbos to the Vatican. The bishop, however, calls them “invaders” who want to establish Islamic hegemony in Europe. He thinks the Pope “doesn’t know what he’s talking about.”

The disagreement between the Pope and Bishop Kiss-Rigó mirrors the broader one in Europe as a whole. According to a Pew Research Center survey published last fall,

“…majorities in France, Britain and Germany had favorable views of Muslims. Opinion was on balance favorable in Spain while negative views prevailed in Italy and Poland. Views about Muslims are tied to ideology. While 36% of Germans on the political right give Muslims an unfavorable rating, just 15% on the left do so. The gap between left and right is also roughly 20 percentage points in France and Italy. And significant differences are found in the UK as well.”

Of course the questions posed to respondents in that survey were rather broad. They did not focus on the specific question of religiously-motivated violence by Muslims. But it’s a safe bet that those with a generally unfavorable view of Muslims would be far more likely than others to see the current refugee wave as an invasion.

The issue, however, runs deeper than European politics; cultural, historical and religious/philosophical factors shape the conversation. In the 7th and 8th centuries, Muslim armies conquered most of the Middle East, North Africa, and Spain by force. Muslim armies periodically tried for centuries thereafter to conquer the rest of Western Europe. Over the past several decades, religiously-inspired Muslim violence, often against other Muslims as well as non-Muslims, has returned with a vengeance.

That such cycles of violence recur is not surprising. The very word ‘Islam’ means “submission” (to Allah), and Muslims in general, following the Q’uran, consider it their duty to bring the world of “the infidels” into submission to Allah in whatever way may be feasible.

Some actually say so, even threatening to “conquer” Europe. And even many of those who don’t say or do that find it difficult to assimilate to European society or accept European values. (You can read about that in this Intellectual Takeout article written by Devin Foley.)

Part of the problem is that it’s difficult to distinguish Muslim immigrants who really want to conquer Europe from those who just want to get away from wars inspired and fought largely by other Muslims in their home countries. As I wrote last week, the sheer scale of the refugee problem presents a humanitarian dilemma for Europeans that probably can’t be fully resolved. Europe can’t take all these people permanently without either going broke or destroying its own social fabric. The security challenge, which I did not address, only adds to the complexity of that moral dilemma.

Indeed, the most vexing question for both Europeans and Americans is how to distinguish Muslim immigrants who are security threats from those who are not.

To some, the problem seems simple to solve. Thus Donald Trump proposes addressing it by putting a moratorium on Muslim immigration to America, on the assumption that Muslims coming from abroad are security threats until proven otherwise. In that respect, he’s like the Hungarian bishop who cites young, Muslim immigrant men yelling “Allahu Akbar” as evidence that the refugee wave is actually a planned invasion. If that’s what it is, of course it should be stopped by any means necessary.

But the truth is probably more nuanced than either the welcomers, such as Pope Francis or German Chancellor Angela Merkel, or the alarmists, such as Trump or Bishop Kiss-Rigó, suggests. Most of the immigrants are probably just fleeing misery, not intending to create it. But a minority likely are militant Islamists who intend what the bishop and others say. So there’s no escaping the question how to balance humanitarian concerns with security concerns.

One thing is certain: Simplistic slogans and solutions won’t resolve the situation.