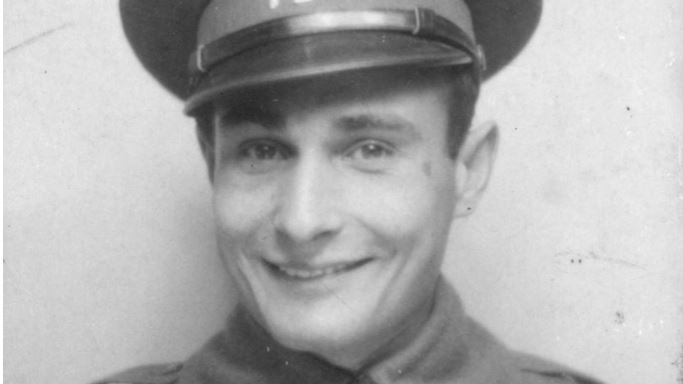 There were more heroes on D-Day than can be counted. The vast majority of them died long ago, their lives marked by little more than a stone cross at a quiet commune in northwestern France.

Juan Pujol García—aka Agent Garbo—is one of the few heroes of D-Day whose story has been told. And though the young Spaniard never fired a shot on D-Day, his contribution was second to none.

García was born in Spain in 1914, the third of four children. He was raised in a strict Catholic family of means, but saw his father’s factory seized by communists shortly after the formation of the Second Republic.

During the Spanish Civil War, while working at a chicken farm in Barcelona, he saw his sister and mother arrested on charges of treason, further inflaming his distaste for communism (his hatred of fascism burned with equal passion).

Shortly after World War II broke out in Europe, García resolved to assist England in its fight against Nazism by acting as a spy. After his several attempts to contact the British government failed, he tried a different tactic. He created an alternate identity as a Nazi zealot and offered his services to Germany, which welcomed him into its intelligence network— the Abwehr—in Spain.

By the summer of 1941, British intelligence was receiving news of a mysterious super-spy operating out of Portugal. MI5 reached out to the spy and found García, who offered his service to the Crown. After being vetted, García was promptly named Agent Garbo by MI6.

Stephen Talty, author of the book Agent Garbo: The Brilliant, Eccentric Secret Agent Who Tricked Hitler and Saved D-Day, explains how García and the Allies immediately began feeding the Abwehr a steady diet of false information.

Garbo and a team of specialists began to fabricate a whole team of 27 “personalities.” There was a dissolute Venezuelan student, a KLM pilot, a naïve Ministry of Information officer, a money-hungry sailor who could smuggle documents through neutral ports, a “delightfully indiscreet” secretary at the Ministry of War having a lurid affair with Garbo, a “jocular” US Army sergeant, Greek deserters, Welsh mercenaries and a white supremacist of the “Aryan World Order Movement.”

Garbo’s network was a living thing, losing and adding members as events warranted. When one source was burned, Garbo killed him off – and MI5 placed a death notice in the Liverpool Daily Post. The next week, Garbo reported a coup: the man’s wife had agreed to spy for Hitler. She didn’t exist, either.

Agent Garbo would feed the Germans impeccable information (usually just a day or two late, of course) and gain the trust of the German government to pull off what one historian called the “most vital and most successful of all the Allied deceptive operations” of World War II: Operation Fortitude, the code name for the D-Day deception.

On June 6, 1944, Berlin received word from Garbo, who reported that a Gibraltian waiter had intelligence that that Canadian troops were preparing to descend on Normandy in force. Eight minutes after Garbo’s message, the Third Canadian Infantry descended on Juno Beach.

“Hitler learned of the invasion of France through Garbo,” Talty writes.

As Allied soldiers in the U.S., British, and Canadian armies were fighting their way through the hell on the beaches of Normandy, a heavy German counterattack was mobilizing for a counterattack on the bloody sands of Omaha.

Don’t bother, Garbo assured, the attack is merely a feint.

The German counterattack never came. Nazi commanders ordered the troops to stand down, keeping a pair of armored divisions and 19 infantry divisions idle. (Four months later, Erwin Rommel swallowed cyanide for what in all likelihood was Hitler’s folly.)

Juan Pujol García, whose miracle on D-Day would remain secret for decades, is evidence that profiles in heroism and courage come in many different forms.