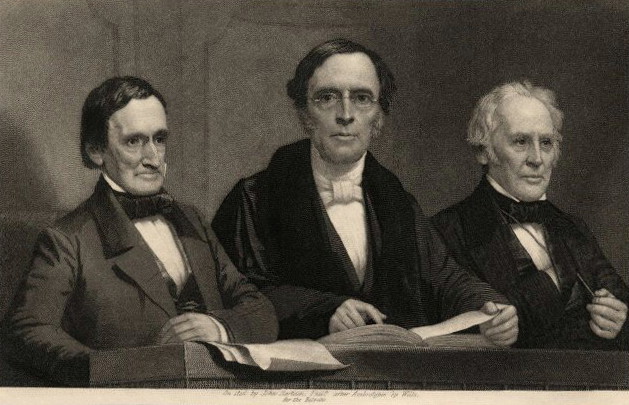 This might be one of those “nothing new under the sun moments.”

“The Yale Report of 1828” is one of the most famous educational documents in American history. At the time, Yale, like other colleges, was being called upon to diversify their curriculum and include more specialization. The Report reaffirmed Yale’s commitment to a broad and deep classical curriculum, though reform of the curriculum did eventually come about during the course of the nineteenth century.

It’s also interesting to note that in 1828, Yale was beginning to deal with some of the same problems that face universities today. For instance…

They complained about students being ill-prepared for college:

“One of the principal of these [difficulties], is the call which is so frequently made upon us, to admit students into the college with defective preparation. Parents are little aware to what embarrassments and injury they are subjecting their sons, by urging them forward to a situation for which they are not properly qualified.”

Apparently, they also had to deal with students asking “What’s the point of this class?”:

“Another serious difficulty with which we have to contend, is the impression made on the minds of a portion of our students, from one quarter and another, that the study of any thing for which they have not an instinctive relish, or which requires vigorous and continued effort, or which is not immediately connected with their intended professional pursuits, is of no practical utility. They of course remain ignorant of that which they think not worth the learning.”

And they worried that a focus on increased enrollments will lead to dumbed-down standards:

“When the college has lost its hold on the public confidence, by depressing its standard of merit, by substituting a partial, for a thorough education, we may expect that it will be deserted by that class of persons who have hitherto been drawn here by high expectations and purposes. Even if we should not immediately suffer in point of numbers, yet we shall exchange the best portion of our students, for others of inferior aims and attainments.”

We know that, despite the vicissitudes of time, man’s nature remains relatively the same. The Yale Report of 1828 points to some challenges that have been undoubtedly faced by education in every age.

That said, while it’s important to acknowledge the recurrence of similar themes in various periods, it’s equally important to note the differences. For us who read the Yale Report today, it’s crucial to ask—and examine—whether the problems it points to are proportionally the same as our own, or whether they have increased and amplified in the years since.