Study: Mothers with More Kids Have One BIG Advantage 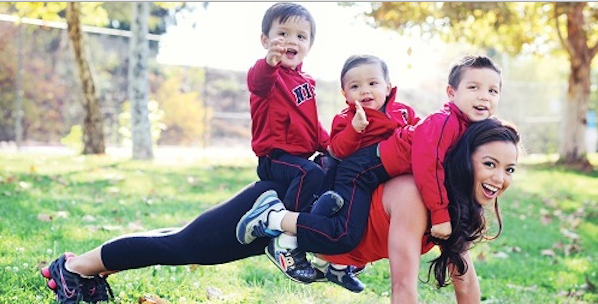 Do women who have more children live longer?

That’s the conclusion of a recent, peer-reviewed study cited in this January article by The Atlantic’s health editor, Julie Beck. It is supported by other, less recent studies.

What’s interesting is that it runs counter both to intuition and to other evidence. After all, the stress of bearing and raising children exacts a considerable toll on women’s bodies. Moreover, there’s at least one study suggesting that having sons tends to shorten women’s life expectancy. (I doubt most women would have any trouble believing that.) And as Beck notes:

“According to a branch of evolutionary biology called life-history theory, there should be a tradeoff for all this effort—namely, that having kids should speed up the aging process. Energy invested in reproduction, after all, is energy that isn’t being used toward keeping the body’s tissues all shiny and new. Studies in other species—fish, birds, mice—have found this to be the case.

These studies measured the length of the animals’ telomeres, the protective DNA caps at the ends of chromosomes. Telomeres are often compared to the plastic coverings at the end of shoelaces, in that they protect the ends of chromosomes from getting frayed or mucked up. And as organisms age, their telomeres shorten. If life-history theory holds, having more offspring should be associated with shorter telomeres and accelerated aging.”

So how is it that the new study finds the opposite, in keeping with the results of some other studies?

The study’s co-authors theorize that “women who have children are likely to be supported by family members and friends in the community.” When women have many children, such support tends to increase. And when that happens, it “may lead to an increase in the amount of metabolic energy that can be allocated to tissue maintenance, thereby slowing the process of cellular aging.”

Still, given the weight of both intuition and some scientific counter-evidence, it may be that the study’s conclusion cannot be generalized without qualification. Its subject population, a rural Guatemalan tribe, has a more cohesive social structure than more developed nations, so that women in that setting are likely more dependent on family support than women in a more contemporary-style urban or suburban environment.

Perhaps we can safely generalize that the more loving social support a mother has, the less likely she is to be ground down and worn out by having a bunch of kids. Conversely, given the currently fragmented, relatively atomized state of Western society, it’s hardly surprising that women tend not to get that kind of support.

In our own culture, is it possible that having more children could have the reverse effect? Could this be the reason their are fewer large families in the “developed” world? Or do you believe this study’s findings would hold true in developed nations as well?