Racial Unrest is Tame Compared to a Century Ago 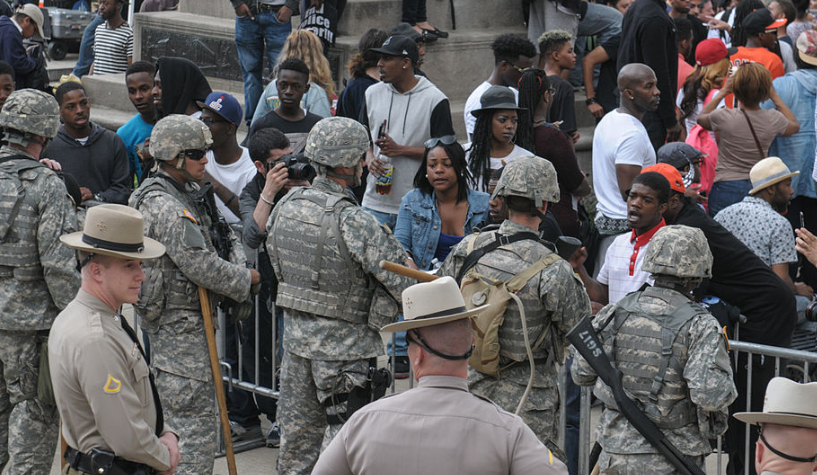 There is a powerful perception in the United States that race relations are deteriorating.

A recent Gallup poll revealed that this view is shared by blacks and whites. Thirty-five percent now say they worry about race relations “a great deal,” up more than 100 percent from just four years ago.

This angst is no doubt attributable, at least in part, to the high-profile shootings of Trayvon Martin and Michael Brown, and the protests and Black Lives Matter movement that erupted in the wake of their deaths.

Racial tensions might be rising, but it’s worth pointing out that the social unrest we’re witnessing is mild and controlled compared to that which America experienced nearly a century ago.

In the book Modern Times, Paul Johnson writes of the worldwide upheaval that ensued after the conclusion of World War I, a conflict that saw tens of millions of people die (from battle and from an influenza pandemic) and reshaped the global governing order.

Violence could be found “almost everywhere” after formal fighting ended, Johnson writes, and the U.S. was no exception:

On 27 July-1 August, in Chicago, the USA got its first really big Northern race-riots, with 36 killed and 536 injured. Others followed elsewhere: at Tulsa, Oklahoma, on 30 May 1921, 50 whites and two hundred blacks were murdered.

In 2001, Oklahoma released a report on the Tulsa Race Riot. Here’s an overview:

During the course of 18 terrible hours, more than one thousand homes were burned to the ground. Practically overnight, entire neighborhoods where families had raised their children, visited with their neighbors, and hung their wash out on the line to dry, had been suddenly reduced to ashes. And as the homes burned, so did their contents, including furniture and family Bibles, rag dolls and hand-me-down quilts, cribs and photograph albums. In less than 24 hours, nearly all of Tulsa’s African American residential district — some 40-blocks in all — had been laid to waste, leaving nearly 9,000 people homeless.

The source of the strife? As is often the case, a single event involving one white person and one black person triggered a chain of violent events.

In this case, the event involved a white woman named Sarah Page and a black man named Dick Rowland. Very few facts are known beyond that Rowland and Page were taking an elevator on May 30, 1921 (Memorial Day), after which time Page exited the elevator and screamed.

Over the next 48 hours, a series of events unfolded: Rowland was arrested. His mother hired an attorney. The Tulsa Tribune ran an inflammatory and racist story. A lynch mob was formed. Terrible violence ensued. (Charges against Rowland were later dropped.)

The violence in Tulsa was not especially unique. There were more than three dozen race riots in America during the “Red Summer” of 1919. This level of violence was new to the American experience, at least since the emancipation of slaves.

In his 2011 book Red Summer: The Summer of 1919 and the Awakening of Black America, Cameron McWhirter explains how black Americans had been “transformed by their experiences during [the Great War].”

For one thing, it emboldened them. Many blacks refused to accept the “justice” of a white mob. McWhiter, a Wall Street Journal reporter, documents the measures many took.

In Washington, D.C., and Chicago, blacks set up physical barricades to guard their property and “manned rooftops with rifles.” Regarding the upheaval in Omaha, Nebraska, the New York Times stated that essentially “every one of the 10,000 Negroes in Omaha was armed and . . . ready to fight for his life and home.” In Knoxville, Tenn., blacks armed themselves with rifle, shotguns, and revolvers and established a defense perimeter. If an assault came, they’d shoot out street lights to frustrate the attackers.

What do you think? Do you buy that idea that racial tension is reaching a historic high? Or is just higher than that which Americans have witnessed in the last generation or two?