Is too much ‘stuff’ affecting our ability to be content? 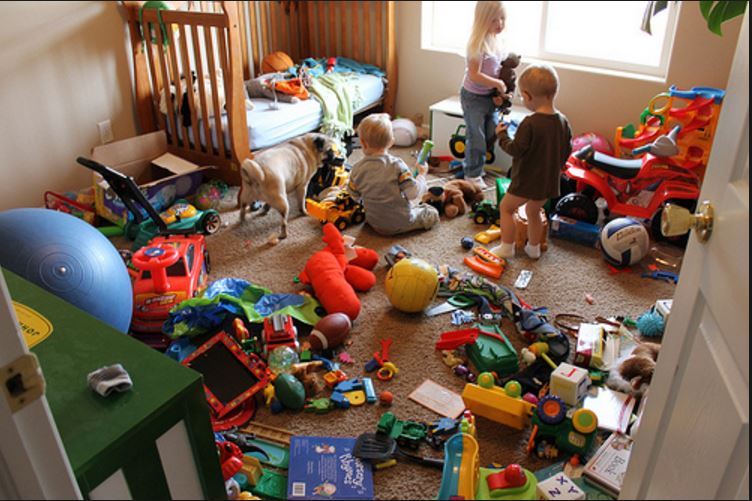 It is common to hear people talk about the huge expense of raising children. Yet, most figures reported about how much it costs to raise a child are based on what parents actually spend, not what children actually need – which is a pretty big distinction.

We all know that a reliance on ‘things’ won’t bring our children contentment and long-term happiness.  But, amid the constant bombardment of advertising, it takes effort to avoid falling into the materialism trap and instead encourage gratitude and imagination.  The result is that many children have far more than they need, as do most adults.

This mother was moved in a fit of frustration to take away all her children’s toys.  At first it sounds a little harsh, but the effect is worth considering.  She discovered that her children actually liked not being overwhelmed by ‘stuff’.  She writes:

We decided it would be fun to take the girls to dinner at a dinosaur-themed restaurant called T-Rex in Downtown Disney.  While we were waiting to be seated my oldest daughter Maggie spotted the Build-a-Dino Workshop in the gift shop and although we immediately said “no way,” from that moment on she could think of nothing else.

All through our delicious dinner, surrounded by dramatic (fake) meteor showers and animatronic dinosaurs, she fixated on the one thing she couldn’t have rather than the cool sights we were actually experiencing.

…In the weeks that followed, Chuck and I talked a lot about how we were going to handle this lack of contentment we were noticing.  Then one morning near the end of July, after telling my kids to clean their room for the umpteenth time, I made the somewhat impulsive–albeit pre-warned–decision to take away ALL their stuff.

…The truth is that when I took all their stuff away, I was terrified at what would happen.  I worried that I was scarring them for life, depriving them of some essential developmental need, taking away their ability to self-entertain.

In reality, the opposite has happened.  Instead of being bored, they seem to have no shortage of things to do.  Their attention span is much longer and they are able to mindfully focus on their task at hand.  They colour or read for hours at a time and happily spend the entire afternoon playing hide & seek or pretend.

They are far more content, able to appreciate the blessings that they do have, and able to truly enjoy the moment they are in without always having to move on to the next thing.  They are more creative and patient, more willing to share, far more empathetic towards the plight of others, and, with little to fight over, they hardly fight at all.

When I do take down a toy for them to play with (no, I didn’t throw everything away), such as their Lego blocks or dress-up clothes or their kitchen food & dishes, that one thing will entertain them for the entire day… They like not being overwhelmed by stuff and not having to spend so much time cleaning their room.

A huge oversupply of toys in even this spend-conscious household is probably an indication of unnecessary spending in other areas too.  Before we complain about how much children cost, we should examine how many unnecessary things we have.  If we compare the value of those unnecessary things to the priceless worth of our children themselves, it might make us better realise where our riches really lie.

This article by Shannon Roberts was originally published on MercatorNet.com under a Creative Commons Licence. If you enjoyed this article, visit MercatorNet.com for more. The views expressed by the author and MercatorNet.com are not necessarily endorsed by this organization and are simply provided as food for thought from Intellectual Takeout.