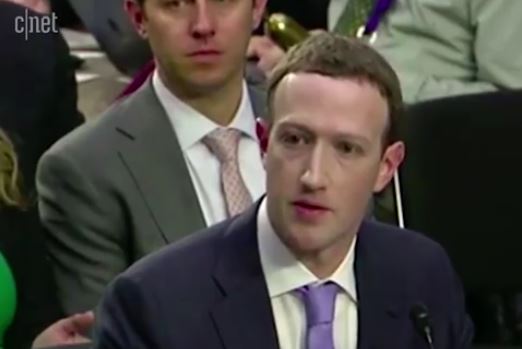 It’s a safe guess that readers will not see this story on Facebook’s trending news section, but it’s still worth sharing.

Among the topics allegedly spiked from the section were news features surrounding Mitt Romney, Rand Paul, and the popular (in conservative circles) CPAC conference.

Why is this important?

As anyone in digital media knows, the trending feature on Facebook is a huge deal. Editors, publishers, and curators regularly visit and view the section to see what’s hot. A good story in the section is likely to generate hundreds of thousands of page views and precipitate wide coverage from other media sites eager to piggyback on a trending story.

If the allegations are true, what does it mean? For starters, this:

…Facebook’s news section operates like a traditional newsroom, reflecting the biases of its workers and the institutional imperatives of the corporation. Imposing human editorial values onto the lists of topics an algorithm spits out is by no means a bad thing—but it is in stark contrast to the company’s claims that the trending module simply lists ‘topics that have recently become popular on Facebook.’ These new allegations emerged after Gizmodo last week revealed details about the inner workings of Facebook’s trending news team—a small group of young journalists, primarily educated at Ivy League or private East Coast universities, who curate the ‘trending’ module on the upper-right-hand corner of the site.

Conservatives and libertarians have embraced Facebook largely because of its democratic (small D) appeal. In contrast, conservatives often claim that traditional media and other key U.S. institutions are largely dominated by small cliques of elites and Ivy Leaguers who operate in groupthink.

Facebook, the world’s most powerful social media platform, offered conservatives an opportunity to reach mass amounts of people through an unfiltered medium.

If Facebook is using a heavy hand to essentially suppress conservative-friendly topics, ideas, and stories that are organically trending, it foreshadows a big problem for conservatives. But it could also pose headaches for Facebook.

If the more level playing field conservatives thought they were playing on turns out to be a steep climb by artificial means, you could see users abandon the platform.

UPDATE: A Facebook spokesman reportedly denied that the company quashes trending topics for political or ideological reasons. Via Morning Consult:

A Facebook spokesperson said the review team follows “rigorous guidelines” established to “ensure consistency and neutrality,” in a statement provided to Morning Consult.