Why care about Pope Francis’ new document on marriage and family? 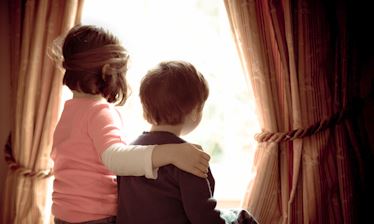 We can all agree that stable, reasonably happy marriages and families are not just luxuries for the fortunate few. Having a good number of them is important for the health of society and individuals.

Chaotic, abusive, or broken families lead to all kinds of problems. Some people bravely work through such problems, and others don’t need or want to form families themselves. But some such stable, healthy core is vital.

That’s why Pope Francis’ new “apostolic exhortation” on marriage and family, Amoris Laetitia, is worth a look even if you’re not Catholic or even a religious believer. It contains a great deal of wisdom about the kind of love necessary for forming and maintaining solid marriages and families.

Much of that wisdom is being ignored by Catholic commentators, most of whom seem more concerned about such disciplinary questions as “communion” for the divorced-and-remarried or gay couples. The Pope is indeed showing more flexibility about such matters than we’ve seen before from Rome. And in my view, that’s a needed response to the complexity of today’s world. The negative reaction to that—again in my view–reflects a pharisaical tendency among certain committed Catholics who only seem to care about whether those “bad” people are going to be allowed to get away with their sins. Fortunately, that’s mostly the concern of a small minority of Catholics.

The real interest of AL is its rich understanding of, and agenda for, sexuality, marriage and family in a society where that whole complex of realities has devolved into increasing confusion and dissatisfaction for nearly everybody. And I mean nearly everybody. How many people do you know who think that relations between the sexes and family life are getting better and better? Or even holding their own? I know hardly any.

Consider just this one diagnostic passage from AL. The Pope points to

“…the growing danger represented by an extreme individualism which weakens family bonds and ends up considering each member of the family as an isolated unit, leading in some cases to the idea that one’s personality is shaped by his or her desires, which are considered absolute. The tensions created by an overly individualistic culture, caught up with possessions and pleasures, leads to intolerance and hostility in families. Here I would also include today’s fast pace of life, stress and the organization of society and labour, since all these are cultural factors which militate against permanent decisions. We also encounter widespread uncertainty and ambiguity. For example, we rightly value a personalism that opts for authenticity as opposed to mere conformity. While this can favour spontaneity and a better use of people’s talents, if misdirected it can foster attitudes of constant suspicion, fear of commitment, self-centredness and arrogance. Freedom of choice makes it possible to plan our lives and to make the most of ourselves. Yet if this freedom lacks noble goals or personal discipline, it degenerates into an inability to give oneself generously to others. Indeed, in many countries where the number of marriages is decreasing, more and more people are choosing to live alone or simply to spend time together without cohabiting.” [AL, para. 33]

Sounds familiar. So what’s the solution?

All I can do here is recommend Chapter 4, “Love in Marriage,” which is an extended meditation on what St. Paul says about love (a passage often quoted at weddings):

“Love is patient, love is kind; love is not jealous or boastful; it is not arrogant or rude. Love does not insist on its own way, it is not irritable or resentful; it does not rejoice at wrong, but rejoices in the right. Love bears all things, believes all things, hopes all things, endures all things.” (1 Cor 13:4-7)

Imagine if more couples chose to love in that way even when they didn’t feel like it!