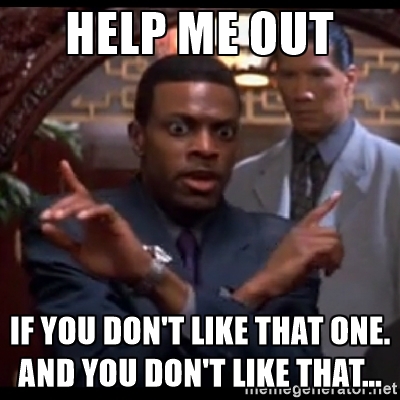 What do millennials really think about political economy? It’s hard to say. As the data pile up, they still aren’t clear enough to permit a clear answer to that question.

For instance, a poll released this week conducted by Harvard University’s Institute of Politics indicates that “a majority of America’s 18- to 29-year-olds rejects both socialist and capitalist labels. 42% of young Americans support capitalism, and 33% say they support socialism.”

What would the majority prefer to capitalism or socialism? On that question, the poll is silent.

“The results of the survey are difficult to interpret, pollsters noted. Capitalism can mean different things to different people, and the newest generation of voters is frustrated with the status quo, broadly speaking.”

That’s correct. To some people, capitalism means the free market unfettered by government regulation that would embody moral constraints most people want to see on the free market. If that’s what capitalism is understood to mean, few people support it. That, of course, is why it doesn’t actually exist in practice, and hasn’t for at least a century.

It’s apparent that millennials are “frustrated with the status quo.” They have ample reason to be, given the difficulty of finding good jobs and the increasing expenses associated with servicing college debt.

In response to those frustrations, one might expect millennials to lurch toward socialism. They are not. Only about a third of millennials support that system, according to the poll. Yet the word socialism also seems to mean different things to different people.

To some people, “socialism” means what it classically meant: a system of political economy in which the chief means of production are publicly owned, which in practice means government-owned. That’s what Communism involved, and it was even the case for a time in post-World War II Britain. But that, at least, is not what most millennials want.

What more Americans, including millennials, seem to mean by “socialism” is a political economy in which government, through taxing and spending, redistributes wealth to people of lower means who are not meeting a certain threshold to ensure that every citizen has enough to meet certain needs. That’s the kind of system most Western European countries have. That’s also the direction in which the U.S. has been slowly headed since Social Security was introduced in the 1930s. A significant number of older Americans rely primarily on Social Security for their income, and since the 1960s, more and more Americans have come to have their health care paid for in whole or part by government programs.

The data do show that the majority of millennials want America to keep moving in that direction. The majority just don’t seem to like the word ‘socialism’. That’s probably because of the negative connotations the word acquired for Americans during the Cold War, when our chief enemy abroad was “the Union of Soviet Socialist Republics.”

So it appears a majority of millennials wish to keep moving in the direction of a socialism that’s softer than the original brand. But do they want to pay the higher taxes needed for it?

The data suggest that they do not. Like Americans in general, millennials seem to want to eat their cake and have it. That’s the bigger problem behind the murkiness of the data.