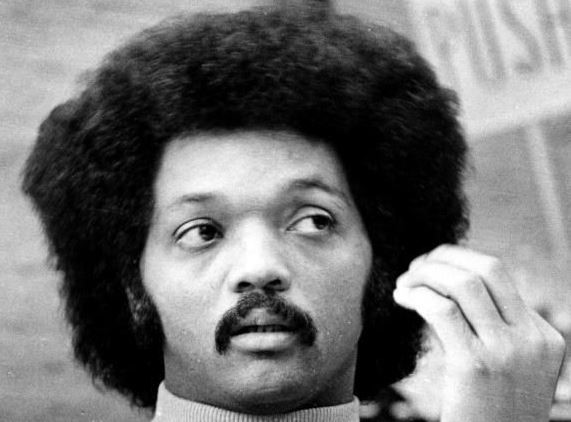 As someone who slides into the backend of the Gen-X generation, my view of the Rev. Jesse Jackson has always been basically the same. My charitable view of Jackson had been that he is a gifted speaker with a great deal of media savvy; that he cares deeply for people, but sometimes offers dubious solutions to social problems because he can misdiagnose the cause of a given social affliction.

My more cynical view has been that he is a typical politician: a person who will use his cause to get on television to promote his own brand.  These types of politicians usually “believe” in their causes, but at some point the cause becomes secondary to their own star and spotlight.

That’s why I was floored when I stumbled on this Ebony magazine interview from 1977 titled “PUSH For Excellence.” Read this excerpt from the opening paragraph:

[Jackson] has contended that moral decadence is rampant in the land, that Americans have lost their will to greatness, that their vision has been blurred. He insists that this national malaise is slavishly reflected in the schools. Bushels of money from President Lyndon B. Johnson’s “Great Society” educational programs have not solved these fundamentally spiritual deficiencies, argues the “Country Preacher.”

He cited a decline in discipline and moral authority as plagues to America’s schools, and he was ridiculing “gangster” hats and immodest clothing. Jackson recalls a conversation he had with a Los Angeles high school teacher who incredulously said her students were “wonderful”:

“Jackson once visited a Los Angeles high school where, in his words, ‘students were walking down the halls with their eyes red from the marijuana, minds empty and foggy. The debate was not whether they should smoke but where!’ His voice rises in indignation, incredulity, anger. ‘And the principal of this school, a woman, was telling me that her students were … wonderful.’ Jackson mimics the principal. ‘I told her that the children weren’t wonderful. I said they were little gangsters. They were rolling dice, pushing pills and dope. I told that principal that her students weren’t wonderful, but that they could be. We’ve got to change them! Our challenge is to make flowers bloom in the desert!’”

Elsewhere in the interview Jackson thunders:

What was needed to address this moral decadence in America and its schools? Jackson, who had founded the PUSH (People United to Save Humanity) coalition about five years earlier, was calling for “a renewal of spirit, a revival of hope in the future, a resurrection of faith, a new resolve and determination to overcome.”