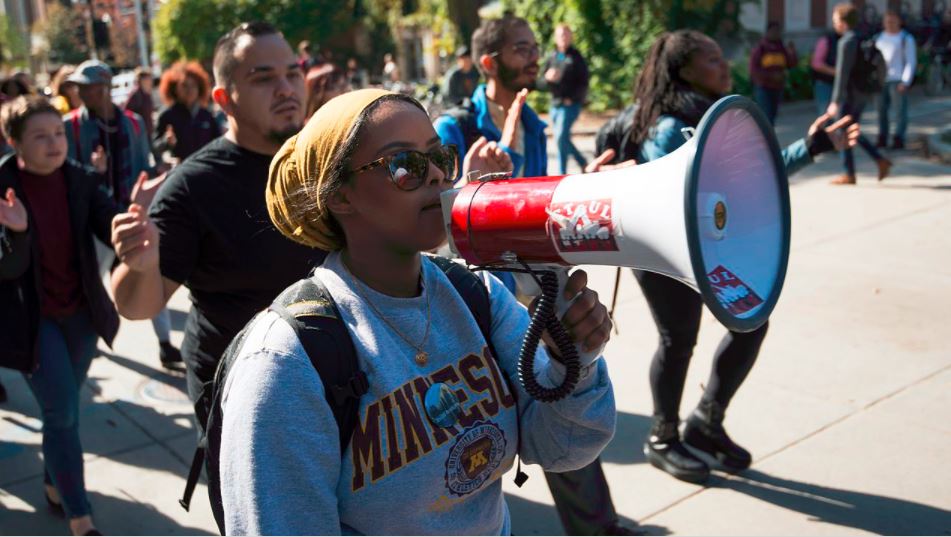 Germany’s path toward Nazism during the 1920s is a story well known. The most familiar facets in this story are the indoctrination of children through the Volk Movement and the creeping anti-semitism of the bourgeois and the German bureaucracy.

What has received less attention is the radicalization of universities and students during the Weimar era in Germany. The student body in Germany was large (100,000) and extremely active during this period.

In his history Modern Times, published in 1983, Paul Johnson writes how extremist groups on the right coordinated with students to fan activism and foment protests and violence. If a speaker showed up at a memorial service to honor a slaughtered statesman (who had the wrong politics), they’d whip up a quick, nasty protest.

How did they do it? In some cases, they’d just pay them.

The Right extremists proceeded by converting half a dozen students on a campus, turning them into full-time activists, paid not to study. The activists could then swing the mass of the student body behind them.

What did Nazism offer that students were drawn to? Simple: it was radical, egalitarian, and anti-semitic.

You might wonder how German academic institutions reacted to all of this. Well, it was the German intelligentsia propagating many of the extreme ideas within the ivory towers of academia. While German art and culture during the period were heavily influenced by the left, German academic institutions were highly nationalistic and dominated by the right.

The lack of intellectual diversity on German campuses was astonishing, and the results were tragic. As Johnson writes:

The tragedy of modern Germany is an object-lesson in the dangers of allowing academic life to become politicized and professors to proclaim their “commitment.” Whether the bias is to the Left or the Right the results are equally disastrous for in either case the wells of truth are poisoned.

And when student violence escalated, how did university administrators respond? You guessed it… they caved:

This policy of appeasement became the pattern of the 1920s, the rectors and faculties always capitulating to the most outrageous demands of student leaders rather than risk trouble.

I have to say, at first blush Johnson’s critique seems pretty profound to me. Many of the things we’ve witnessed with today’s student left—paid protesters, violence and suppression of speech, and even hints of anti-Semitism—were also the symptoms he identified as the radicalization of the student right in Germany 90 years ago. In fact, if you substituted a few qualifying words here and there, the descriptions would be pretty much interchangeable.

This doesn’t mean today’s student left are Nazis or that we are doomed to repeat history. The similarities should be alarming, though. And that is the great thing about history: it offers us a map and teaches us, hopefully, what paths and traps we can avoid.