Do You Live in a Bubble? 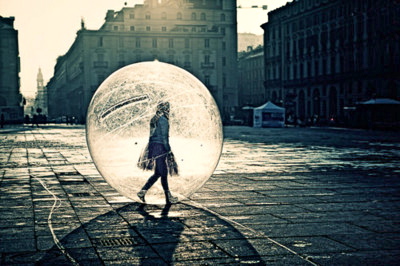 Charles Murray, libertarian and scholar at American Enterprise Institute, has argued for some time that the upper classes in American society are increasingly becoming disconnected from poor and working class whites. The thesis was the crux of his 2012 book, “Coming Apart: The State of White America 1960-2010.”

PBS recently released a second version of Murray’s quiz, which readers can access here. Murray offers an explanation on how scores are reached:

The scoring of the archetypes reflects a few realities about socioeconomic background and the bubble.

If you grew up in a working-class neighborhood, you are going to have a high score even if you are now an investment banker living on Park Avenue. Your present life may be completely encased in the bubble, but you brought a lot of experience into the bubble that will always be part of your understanding of the world.

Growing up in a middle-class neighborhood also scores points for you on several questions, and this too is reflected in the real-world experiences that people bring to their adult lives in the new upper class. But middle class covers a wide variety of environments, and the degree to which people who grew up in the middle class seal themselves off from that world after they reach the new upper class also varies widely, which is reflected in the wide range of possible scores.

What is the point of such a quiz, you ask? For starters, aside from just being fun, the quiz helps us better understand the growing class divide in America, which is fueling the anxiety and discontent on display in the 2016 elections. Studies have consistently shown that the American middle class is shrinking.

These factors, pundits speculate, have been the catalyst for Donald Trump’s surprising success, particularly in Rust Belt states. He has presented himself as a sort of champion for what some have described as “the unprotected.” The unprotected could include any people outside the elite subset of Americans (4-6 million) who pass our laws, create our art, and broadcast media, but more specifically it applies to the shrinking white working class that is being left behind.

The quiz helps people identify their own connectedness (or lack of connectedness) to this class. (Disclosure: I scored a 67; I don’t live in a bubble!)

Murray offers his own thoughts below: