You Can’t Have Social Justice without Free Speech 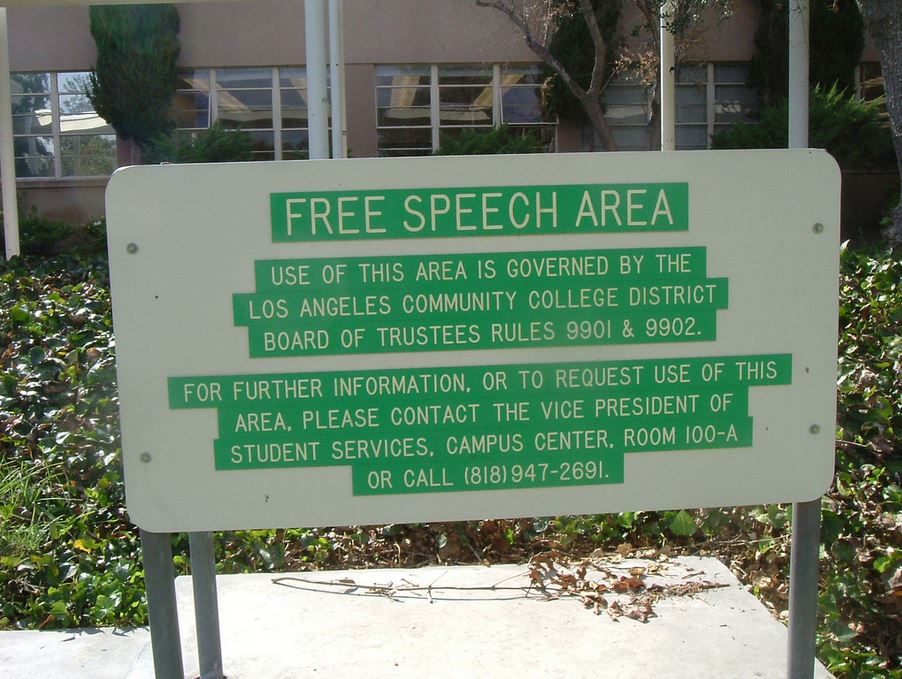 Cases of college students demanding restrictions on free expression are making the news on a weekly basis. While much criticism has been directed at student calls for “trigger warnings,” “safe spaces,” and the “right not to be offended,” less has been said about the impetus behind this advocacy.

If we assume the best of those who support restrictions on free expression, we can understand their efforts as a means to a desirable end: a more equal society. Promoting equality at the expense of liberty, however, only serves to undermine both. The truth is, you can’t have social justice — however you define it — without free expression.

Students across the country have been protesting what they see as institutional racism at their schools. According to Aspen Institute, institutional racism “refers to the policies and practices within and across institutions that, intentionally or not, produce outcomes that chronically favor, or put a racial group at a disadvantage.”

First, assuming for the sake of argument that students’ claims of institutional racism are accurate, then giving administrators more discretion over student discipline cannot possibly be the answer. After all, since FIRE began tracking campus speech codes, the majority of colleges and universities surveyed have had restrictive speech codes in place; some quite severe. Yet many students feel that institutional racism persists.

Secondly, these restrictions have been and will again be used against students of color and other marginalized groups. Take the University of Michigan, for example: Its speech code not only failed to prevent racist expression on campus but also was used against students of color, including a case where a black student received punishment for using the phrase “white trash” in casual conversation. Likewise, Palestine Legal and its partner the Center for Constitutional Rights have documented dozens of cases of administrators censoring pro-Palestinian student groups by saying the students’ criticisms of Israel constituted anti-Semitism.

How can this be? I think the answer is simple: Humans are flawed. Time and again, administrators have used these policies to shield their institutions and themselves from criticism. This is a natural tendency, but it’s a destructive one; students, including these protesters, need protection to freely criticize their schools and promote their beliefs.

Let’s not forget that restricting expression, even speech that’s clearly bigoted, relies on authority figures (i.e., administrators whose allegiance is to the university) determining what’s offensive based on arbitrary criteria. Such a system is ripe for abuse. Furthermore, if colleges are institutionally racist, the racially motivated abuse of rules that give administrators wide discretion is exactly what one would expect.

Social justice is a concept whose application continues to evolve. I think it’s common sense that as society changes, its understanding of justice, its priorities, and its aspirations change too. Take, for example, marriage equality: In the 1960s, there were few supporters. Today, there’s a growing majority. The movement to respect the rights of transgender Americans, which barely registered in the public’s mind in the 1980s, is also growing.

At any given time, no matter how enlightened society may be, it is difficult to predict the causes that in the future will be considered important components of social justice. It’s therefore crucial that as society evolves, our thoughts and arguments are allowed to mirror such evolution. Free expression doesn’t mean there will be agreement, but it does mean there will be a forum for a competition of ideas.

Some might say, “Well, sure, we should protect free expression, but we can also use our collective wisdom to ban hateful speech.” This is wrong. As mentioned previously, what’s considered offensive is subjective. We are unavoidably the products of our time — meaning, we are guided by contemporary considerations of what’s socially acceptable. Without free expression, our thinking would be bound by such convention. Progress towards social justice, however construed, requires the opposite.

Before the Civil War, for example, it was frowned upon to speak openly and aggressively in favor of abolitionism. In fact, Congress implemented a “gag rule” to prevent such talk in its chambers. In short, what’s socially acceptable cannot always be reconciled with what’s socially just. Only free expression allows room for both.

Free expression, on the other hand, has enabled us to identify what’s socially just and advocate passionately for it, all the while keeping the door open to the next cause, unknown and unseen by us in the present moment. For the sake of social justice, we must protect free expression.