Why the Holocaust Should Matter to You 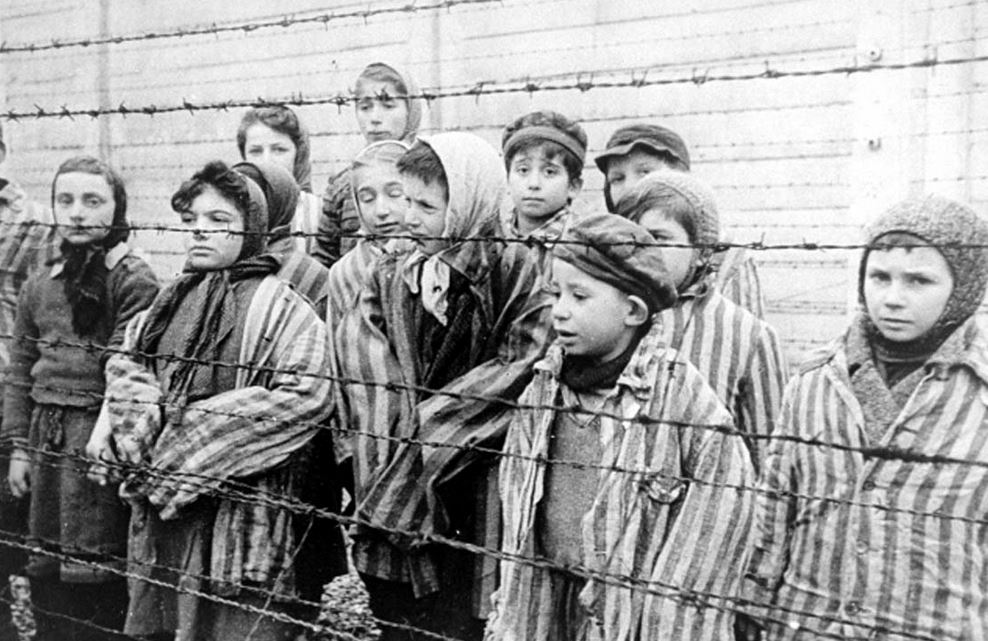 People tour the nation’s capital to be delighted by symbols of America’s greatness and history. They seek out monuments and museums that pay tribute to the nation state and its works. They want to think about the epic struggles of the past, and how mighty leaders confronted and vanquished enemies at home and abroad.

What if this museum was dedicated to memorializing one of history’s most ghastly experiments in imperial conquest, demographic expulsion, and eventual extermination, to help us understand it and never repeat it?

Such a museum does exist. It is the US Holocaust Museum. It is the Beltway’s most libertarian institution, a living rebuke to the worship of power as an end in itself.

I lived in Washington, DC, when the Holocaust Museum was being built, and I vaguely recall when it opened. I never went, though I had the opportunity; I remember having a feeling of dread about the prospect of visiting it. Many people must feel the same way. Surely we already know that mass murder by the state is evil and wrong. Do we really need to visit a museum on such a ghastly subject?

The answer is yes. This institution is a mighty tribute to human rights and human dignity. It provides an intellectual experience more moving and profound than any I can recall having. It takes politics and ideas out of the realm of theory and firmly plants them in real life, in our own history. It shows the consequences of bad ideas in the hands of evil men, and invites you to experience the step-by-step descent into hell in chronological stages.

The transformation the visitor feels is intellectual but also even physical: as you approach the halfway point you notice an increase in your heart rate and even a pit in your stomach.

Let’s dispel a few myths that people who haven’t visited might have about the place.

The Deeper Roots of the Holocaust

For the last six months, I’ve been steeped in studying and writing about the American experience with eugenics, the “policy science” of creating a master race. The more I’ve read, the more alarmed I’ve become that it was ever a thing, but it was all the rage in the Progressive Era. Eugenics was not a fringe movement; it was at the core of ruling-class politics, education, and culture. It was responsible for many of the early experiments in labor regulation. It was the driving force behind marriage licenses, minimum wages, restrictions on opportunities for women, and immigration quotas and controls.

The more I’ve looked into the subject, the more I’m convinced that it is not possible fully to understand the birth of the 20th century Leviathan without an awareness of eugenics. Eugenics was the original sin of the modern state that knows no limits to its power.

Once a regime decides that it must control human reproduction — to mold the population according to a central plan and divide human beings into those fit to thrive and those deserving extinction — you have the beginning of the end of freedom and civilization. The prophets of eugenics loathed the Jews, but also any peoples that they deemed dangerous to those they considered worthy of propagation. And the means they chose to realize their plans was top-down force.

So far in my reading on the subject, I’ve studied the origin of eugenics until the late 1920s, mostly in the US and the UK. And so, touring the Holocaust Museum was a revelation. It finally dawned on me: what happened in Germany was the extension and intensification of the same core ideas that were preached in the classrooms at Yale, Harvard, and Princeton decades earlier.

Eugenics didn’t go away. It just took on a more violent and vicious form in different political hands. Without meaningful checks on state power, people with eugenic ambitions can find themselves lording over a terror state. It was never realized in the United States, but it happened elsewhere. The stuffy academic conferences of the 1910s, the mutton-chopped faces of the respected professorial class, mutated in one generation to become the camps and commandants of the Nazi killing machine. The distance between eugenics and genocide, from Boston to Buchenwald, is not so great.

There are moments in the tour when this connection is made explicit, as when it is explained how, prior to the Nazis, the United States had set the record for forced sterilizations; how Hitler cited the US case for state planning of human reproduction; how the Nazis were obsessed with racial classification and used American texts on genetics and race as a starting point.

And think of this: when Progressive Era elites began to speak this way, to segment the population according to quality, and to urge policies to prevent “mongrelization,” there was no “slippery slope” to which opponents could point. This whole approach to managing the social order was unprecedented, and so a historical trajectory was pure conjecture. They could not say “Remember! Remember where this leads!”

Now we have exactly that history, and a moral obligation to point to it and learn from it.

What Can We Learn?

My primary takeaway from knitting this history together and observing its horrifying outcome is this: that any ideology, movement, or demagogue that dismisses universal human rights, that disparages the dignity of any person based on group characteristics, that attempts to segment the population into the fit and unfit, or in any way seeks to use the power of the state to put down some in order to uplift others, is courting outcomes that are dangerous to the whole of humanity. It might not happen immediately, but, over time, such rhetoric can lay the foundations for the machinery of death.

And there is also another, perhaps more important lesson: bad ideas have a social and political momentum all their own, regardless of anyone’s initial intentions. If you are not aware of that, you can be led down, step by step, to a very earthly hell.

At the same time, the reverse is also true: good ideas have a momentum that can lead to the flourishing of peace, prosperity, and universal human dignity. It is up to all of us. We must choose wisely, and never forget.