When ‘Science Guys’ Try to Philosophize, It Gets Messy 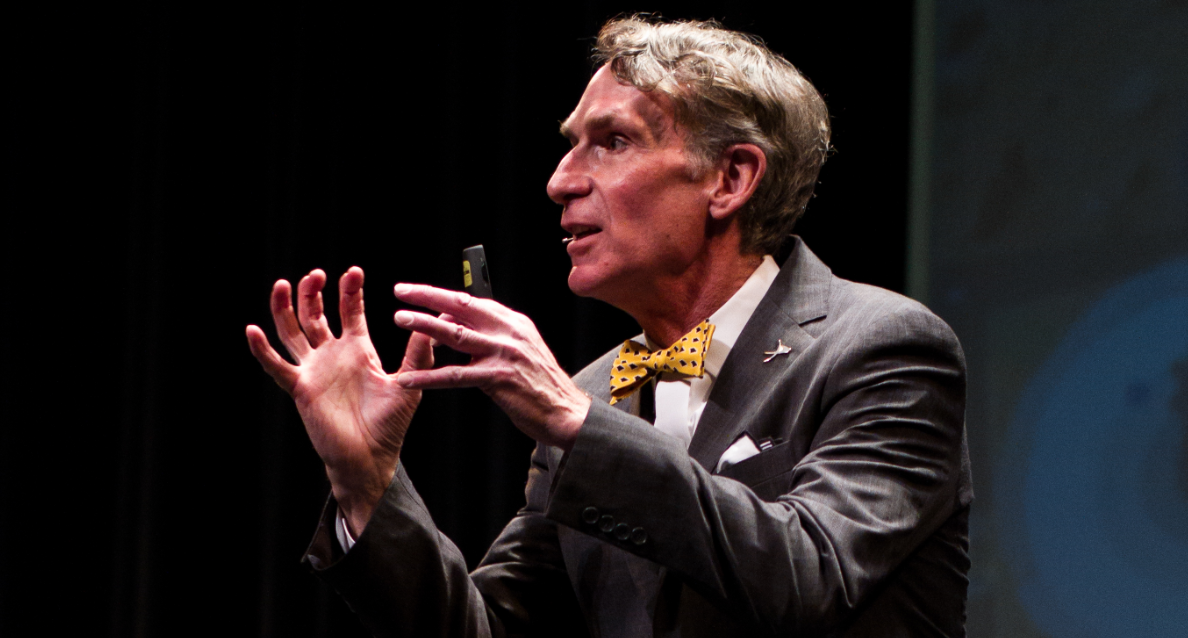 Many of you have probably heard of “Bill Nye the Science Guy.” He had a TV show by that name back in the mid-90s. He can boast of real accomplishments as an inventor, entertainer, and explainer of science to the lay person. He knows a lot.

So why does he get philosophy so wrong?

For anybody with a serious education in philosophy, this video from his “Tuesdays with Bill” series offers up a gold mine of fallacies, half-truths, vacuity, and plain historical ignorance of the subject. Since Olivia Goldhill at Quartz does a fair job of exposing them, I won’t rehash the details. But the question remains: Just what is the underlying problem here? How can such a smart guy be so bad at philosophy?

Like greater scientists such as Steven Hawking or Richard Dawkins, or even fellow popularizer Neil DeGrasse Tyson, Nye doesn’t have much use for philosophy. So naturally, he hasn’t taken the time to acquire a rigorous understanding of it. That wouldn’t be a problem, of course, if it stopped them from making grand pronouncements about philosophy—especially about the uselessness thereof. But it doesn’t.

That’s because, as science guys, they enjoy unquestioned prestige in Western culture. Like certain entertainment celebrities, science guys who have a way with words enjoy a far wider and more receptive audience for their opinions on almost any serious subject outside their fields than do most of the actual professionals in those fields. Deplore that as one will, it’s almost inevitable in our culture. It’s for the same reason that Oprah Winfrey is a more influential theologian than, you know, any actual theologian.

That allows their intellectual sloppiness to gain an advantage it doesn’t deserve. I call it “sloppiness” because not everything they say is false; it’s that the truths are mixed up with falsehoods and unwarranted assumptions.

For example, one of their common themes is that philosophy can’t supply knowledge because philosophical theses, as distinct from scientific ones, aren’t empirically verifiable. Now it’s true that such theses are not, generally speaking, verifiable by any scientific method. But concluding they can’t supply knowledge, with our without the aid of experience, betrays the assumption that only what can be known scientifically can be known at all. That’s a philosophical position known as ‘scientism’. The problem with scientism is that it doesn’t even pass its own test for knowledge. Thus it is self-refuting.

Another problem is that most of the anti-philosophy science guys are atheists. As Pascal Emmanuel Gobry notes: “The form of atheism they promote is usually known as ‘eliminative materialism,’ or the notion that matter is the only thing that exists.” But that too is a philosophical position. It’s not necessarily motivated by scientism, but in the case of the science guys, it certainly is. What does it say about your thinking if you recognize neither that you hold a philosophical position nor that your reason for holding it is self-refuting?

Whatever your philosophy, the lesson here is undeniable: When people pronounce on subjects outside their expertise, keep your critical-thinking caps firmly on.