Something Pro-Life and Pro-Choice People Can Agree On? 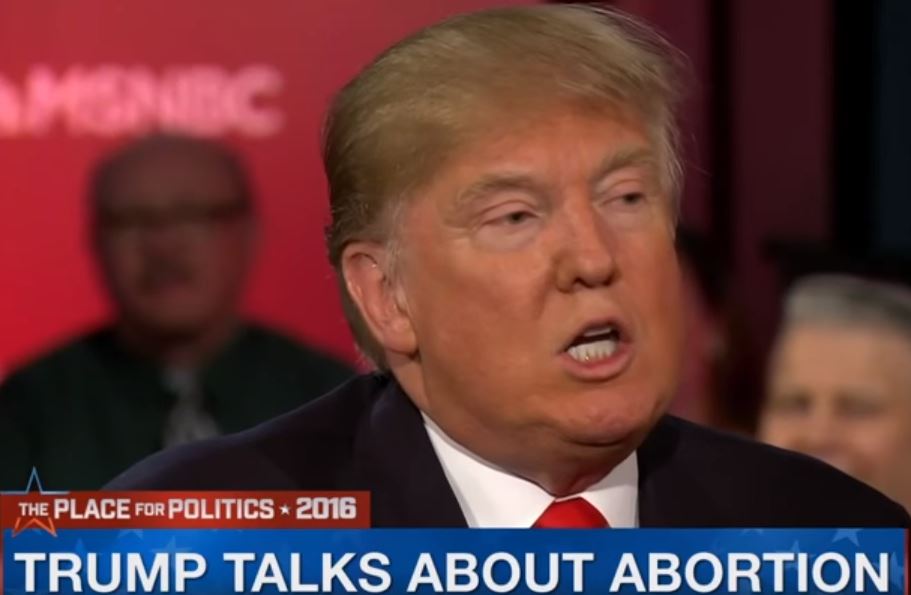 This week, Republican presidential candidate Donald Trump suggested during an interview with MSNBC’s Chris Matthews that women who have abortions should be “punished” in some form.

Of course, that evoked outrage from pro-choice voters. But it also riled most pro-life voters, too. It’s important to understand why, if only to keep our facts straight.

The current GOP platform opposes abortion to the extent of calling for an amendment to the Constitution that would ban the practice (with the usual exceptions for “rape, incest, and the life of the mother.”) Nobody expects that plank to change at this summer’s national convention.

Yet while most pro-lifers would punish providers for doing abortions, no Republican office-holder or national pro-life organizations have called for punishing the women who seek and undergo them. Trump’s remark—which, be it duly noted, he walked back the very next day–was therefore an anomaly even within the pro-life camp.

Several prominent pro-life organizations have explained why they don’t want to punish women for abortions. Here’s one example:

“Being pro-life means wanting what is best for the mother and the baby. Women who choose abortion often do so in desperation and then deeply regret such a decision. No pro-lifer would ever want to punish a woman who has chosen abortion. This is against the very nature of what we are about. We invite a woman who has gone down this route to consider paths to healing, not punishment.”

As one who knows some pro-life activists personally, I already knew that that attitude is pretty standard in the movement. So most people who call themselves pro-life are not just using that phrase as an exact synonym for ‘anti-abortion’. They sincerely believe that abortion is bad for women as well as for unborn children. And many of the Catholics in the pro-life movement see opposition to abortion as simply one aspect of a “consistent ethic of life” that would include generous post-natal care for children and mothers in difficult circumstances.

All that is why pro-life Republicans rejected Trump’s remark so decisively that his campaign appears to have convinced him to retract it at once. But the mere fact that he had felt free to make it in the first place points up an interesting dynamic between the GOP and the pro-life movement.

Many pro-lifers have noted that, political realities being what they are, it is unlikely that the Supreme Court will ever overturn Roe v. Wade, the historic 1973 decision making most abortions a constitutional right. Nor is it likely that the above-referenced “Human Life Amendment” will ever actually become part of the Constitution. And so, they conclude, pro-life agitation by GOP candidates for national office is largely just posturing for the sake of keeping the social-conservative vote firmly within the party’s camp.

Trump’s ignorant and cynical jump aboard the pro-life bandwagon only fuels that impression.