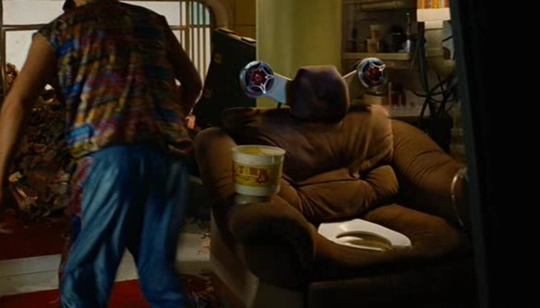 But according to many authors, what Ancient Greece did not have during its Golden Age was an obsession with comfort. And this fact may have played a large role in nurturing its genius.

As Richard Weaver remarks in his modern classic Ideas Have Consequences:

“As we endeavor to restore values, we need earnestly to point out that there is no correlation between the degree of comfort enjoyed and the achievement of a civilization. On the contrary, absorption in ease is one of the most reliable signs of present or impending decay. Greek civilization, to take an outstanding example, was notably deficient in creature comforts. The Athenians sat outdoors on stone to behold their tragedies; the modern New Yorker sits in an inclined plush armchair to witness some play properly classified as amusement. When the Greek retired for the night, it was not to a beautyrest mattress; he wrapped himself up in his cloak and lay down on a bench like a third-class railway passenger, as Clive Bell has remarked. Nor had he learned to pity himself for a spare diet. Privations of the flesh were no obstacle to his marvelous world of imagination.”

Weaver’s point about Ancient Greece was recently reiterated by author Eric Weiner in an article for The Atlantic that asks “What Made Ancient Athens a City of Genius?”:

“[In Athens] the streets were noisy, narrow, and dirty. The houses of the wealthy were indistinguishable from those of the poor, and both were equally shoddy—constructed of wood and sun-dried clay, and so flimsy that robbers gained entry by simply digging…

Hippodamus, the father of urban planning, was known for his long hair, expensive jewelry, and cheap clothing, which he never changed, winter or summer. Athenians mocked Hippodamus for his eccentricities, yet they still assigned him the vital job of building their port city, Piraeus. The writer Diogenes, who regularly ridiculed the famous and powerful, lived in a wine barrel…

The Athenians were not foodies—most people, no matter their social stature, were satisfied with a hunk of bread, onions, and a small handful of olives.”

Some of the most successful people in the modern era have also recognized that shunning some comforts is necessary for the sake of creativity. Albert Einstein, Steve Jobs, and Mark Zuckerberg, for instance, are all well-known for adopting minimalist wardrobes so as to free up mental time for more meaningful pursuits.

In a time when the United States is increasingly divided on politics, morals, and religion, it is often said that what now unites Americans is a love of comfort. But one has to wonder if this lust for comfort is having a negative impact on intellectual creativity in America.