Here’s Why We’re Drowning in Information 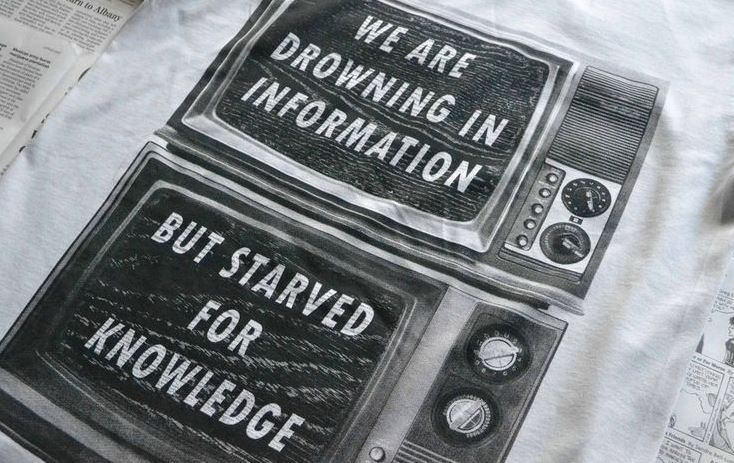 We’ve often quoted T.S. Eliot’s famous lines from Choruses from the Rock as descriptive of our current age:

It is frequently remarked that people are “drowning in information” in today’s world. There’s simply too many things to read, too much data to process, and not enough time to do it.

Usually our information overload is attributed to the rise of the internet and social media, which has given us unprecedented access to massive amounts of both old and new material. And that’s partially, and perhaps mostly, right.

But part of it is simply a function of what happens to a civilization over time. As a culture grows older, intellectual capital piles up, the number of written works increase exponentially, and it becomes easy to lose sight of what works are most crucial to people’s education and edification.

Henri Marrou notes this phenomenon in his classic A History of Education in Antiquity:

“When a civilization enjoys a long uninterrupted development, each generation adds something new to its culture, and as this becomes more and more complex and more and more difficult to assimilate, parallel changes become necessary in teaching syllabuses.”

The same thing happened in Ancient Greece, and it eventually led to the need to canonize—to create lists of works that were centrally important to handing on the Greek ideals (paideia), and which would therefore be studied in schools.

I know that many of you are not big fans of the Common Core Standards, and I’ve been critical of them for a number of reasons: the subversive manner in which the standards were thrust on states, the reduction of literary education to stultifying axioms, etc.

But the instinct for a common core is, I think, correct. Others before me have thought so, too, most notably Mortimer Adler and E.D. Hirsch. America is overdue for a serious conversation—not forced educational policy—about what books from both the past and present should form the core of the educational experience in America.