Does America Work Without Natural Law? 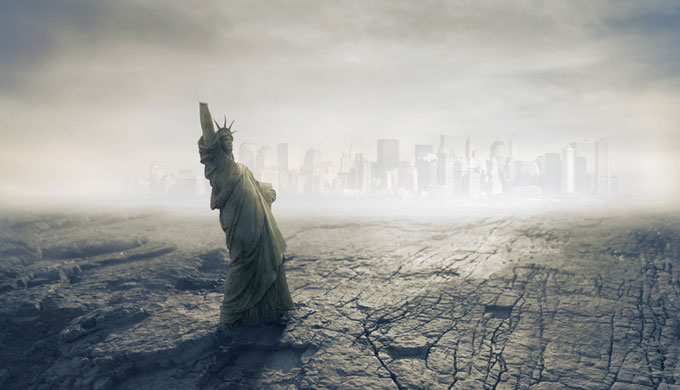 That’s not as strange a question as one might think.

The founders of the United States began their Declaration of Independence thus:

“When, in the course of human events, it becomes necessary for one people to dissolve the political bonds which have connected them with another, and to assume among the powers of the earth, the separate and equal station to which the laws of nature and of nature’s God entitle them…” [Emphasis added]

Now the phrase “laws of nature” clearly bears moral significance in that passage. The Founders even went on to assert:

“We hold these truths to be self-evident, that all men are created equal, that they are endowed by their Creator with certain unalienable rights, that among these are life, liberty and the pursuit of happiness.”

Such rights are supposed to be ascertainable from “the laws of nature and of nature’s God.” Whatever one might think of their bringing God into the picture, the American founders were definitely what moral philosophers today call “natural-law theorists.”

But outside some rather narrow intellectual circles, nobody knows what natural law as a moral theory even means anymore. There’s a good reason for such confusion.

In its better-known sense, the phrase ‘natural law’ means a scientific law: a safe generalization about how natural objects behave and interact. Thus, e.g., E=mc2and gravity increases with mass. Animals inherit their genes from their parents, which leads to a fairly predictable distribution of traits adaptive and non-adaptive, desirable and undesirable, in the general population of the species. That includes us: the species homo sapiens.

In themselves, such laws have no moral significance. So where were the Founders getting the moral sense of the phrase ‘natural law’ from?

It’s actually quite an ancient concept that had developed for centuries, right up to the time of the Founders, who had read many of its main sources as part of their education. As someone who once studied the subject formally, I endorse and refer you to the Wikipedia article on natural law for a decent overview of the concept’s development.

Natural-law theorists all rely on a metaphysical rather than a scientific sense of the term “nature”. Human nature in this sense includes not just a common genome, but an innate tendency to strive for certain “goods”: things that fully developed, non-defective humans typically desire. A virtuous or “good” person is a good example of human nature so understood. He or she is one who values human goods in the proper ordering of them to each other, and attains at least some of them.

What’s distinctively human about such goods is that we desire them not just by instinct, but also and necessarily with the mind. For instance, animals “have sex” by instinct, but only humans can “make love,” which means having sex in a way that embodies something beyond the merely physical, something that only persons can fully appreciate. In our better moments, that’s something we desire—not as mere animals, but as rational beings who can value what’s intangible.

The pursuit of goods so understood must also involve liberty or free will: the ability to act for reasons that require a rational intellect to formulate, without the act’s being causally necessitated by whatever may be influencing us. Only what we choose to do for this-or-that reason has moral significance. If factors beyond our control pre-determined our actions, they would have no more moral significance than what animals do. Animals are neither moral nor immoral. They just do what they do.

So natural law posits that there are ways to act that are appropriate or inappropriate given our “nature,” which nature also includes the freedom to choose between them. That’s the morally significant concept of natural law. That’s what the Founding Fathers were invoking.

Now if we reject natural law in that sense, on what sort of moral norms is the American polity to be based? If there is no “higher law” than human enactments, by which such enactments can be judged, to what do we appeal as a basis for “inalienable rights”—i.e. rights which we have not because some group or government bestows them, but inherently, so that the government ought to recognize them?

It’s not clear that “life, liberty, and the pursuit of happiness” can be respected and secured in the long run without some concept of natural law.