Britain to Begin Altering the DNA of Human Embryos 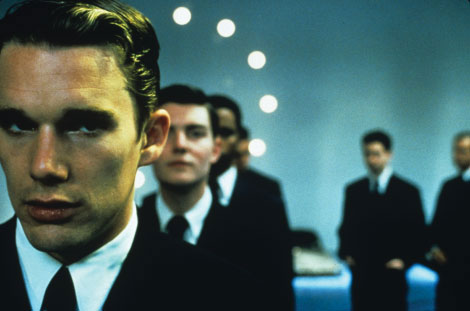 British scientists are leading the way into a murky future of genetically-modified human beings. The Seattle Times reports that Britain has allowed its scientists to begin altering the DNA of human embryos.

Scientists will be conducting  “gene-editing experiments” on embryos. Gene editing involves repairing or replacing certain parts of the genetic code in a “biological cut-and-paste technique.”

Currently, scientists will not be allowed to implant the embryos in a woman. Embryos will be modified and allowed to develop until they reach about 250 cells before they will be destroyed.

Naturally, some opponents are uncomfortable with where human genetic modification may take us:

“Some critics warn that tweaking the genetic code this way could be a slippery slope that eventually leads to designer babies, where parents not only aim to avoid inherited diseases but also seek taller, stronger, smarter or better-looking children.

Many religious groups, including the Catholic Church, argue that manipulating embryos amounts to ‘playing God.’ Some scientists have voiced concern that tinkering with genes might have unintended consequences not apparent until after the babies are born — or generations later. And some fear such practices will only widen the gap between rich and poor by enabling the wealthy to create superbabies.”

Proponents of gene editing are hopeful that studying embryo development will improve fertility treatments and someday lead to the treatment or eradication of terrible diseases, “conditions like HIV or inherited disorders such as muscular dystrophy and sickle cell disease”.

An international group of scientists encouraged the altering embryos in laboratories at a meeting last year, but cautioned “the technique was nowhere near ready for use in pregnant women”.

The morality of creating, altering and destroying embryos aside, genetic modification of human beings takes us down a dark and unfamiliar path. So little is still known about our DNA that tampering with it may lead to frightening and unexpected repercussions.

Further, how long will scientists remain satisfied with laboratory research before they push to make the next advance of actually gestating these altered human beings?

In the words of Dr. Ian Malcom in Jurassic Park: “Your scientists were so preoccupied with whether or not they could that they didn’t stop to think if they should.”