A Trump-esque President in a Catholic University? 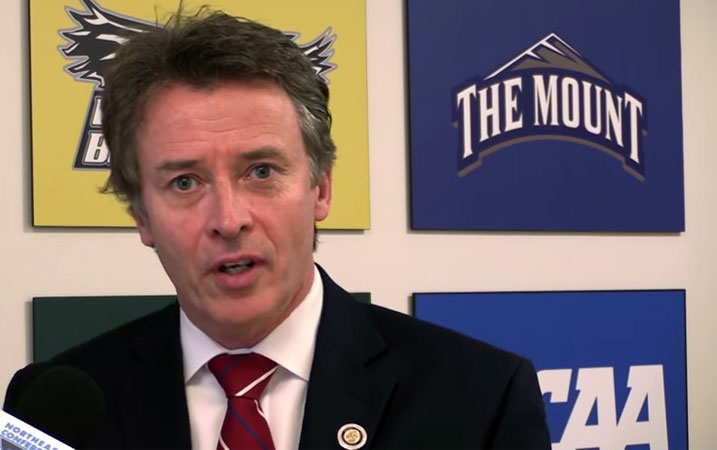 Mount St. Mary’s University, near Baltimore, is the nation’s second-oldest Catholic university. Faced with financial trouble, the Board of Trustees saw fit a few years ago to hire a businessman, Simon Newman, to fix the problem.

But Newman’s style, and now his very mission, have created a huge kerfuffle. He has made numerous administrative changes, and recently, fired two tenured professors who were critical of his policies. It’s really not much of an exaggeration to call him “The Donald Trump of Catholic Higher Education.” And that bears an object lesson for American higher education in general.

Here’s the opening paragraph of the above-linked article written by Thomas S. Hibbs, dean of the Honors College and Distinguished Professor of Ethics and Culture at Baylor University:

“You’re fired!” That was the tagline of the bombastic Donald Trump on Celebrity Apprentice. More recently, it was the short-lived leadership policy of the deservedly embattled president of Mount St. Mary’s University, the nation’s second-oldest Catholic university. Simon Newman was appointed last year and, in a remarkably short time, his leadership style, offensive language, and apparently complete ignorance of the Catholic intellectual tradition and its vision of education has catapulted the small Catholic university, in a stunning geographical setting nestled among the Catoctin Mountains, into the national spotlight.”

Of course Prof. Hibbs goes on to supply a bit of detailed background about the controversy, which I will leave to the interested reader. But he does point up another resemblance to Trump: “Like Trump, Simon Newman and the Board that appointed him, suppose that the skills of the entrepreneur are easily transferable to any and every sphere of human life. If you can run a business, so the assumption goes, then you can run an army, a nation, or a small Catholic university.”

As of this writing, most of the faculty has demanded Newman’s resignation, which he declines to tender, apparently expecting support from the Board. So we don’t know yet how this is going to play out. But the object lesson for American higher education in general is that trying to run a traditional university like a business is, in many respects, incompatible with the traditional vision and goals of such a university.

We see that in many other schools, including secular ones: marketing, sports, and administration expand while core curricula dissipate and full-time faculty shrinks—with the latter willingly giving way to part-time, ill-paid adjuncts and graduate assistants who do more and more of the actual teaching of undergraduates.

What we’re seeing is the increasing corporatization of the American university. The Mount St. Mary’s kerfuffle is worth noting for the questions it raises about that.