The Books That Influenced C.S. Lewis as a Child 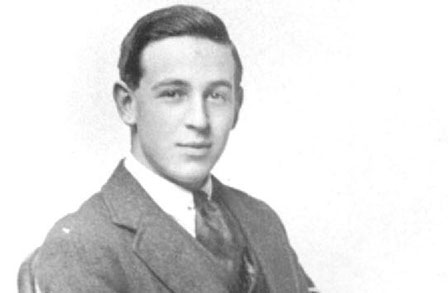 In a lecture delivered in 1954, C.S. Lewis (1893-1963) told his audience, “I myself belong far more to that Old Western order than to yours… I read as a native texts that you must read as foreigners.”

In saying this, he did not intend to be arrogant; rather, he was simply making a point about the vast difference between his education—which included a thorough training in the classics—and the education that his listeners had thus far received. He referred to himself as a “dinosaur” and a “specimen,” and encouraged his audience, “Use your specimens while you can. There are not going to be many more dinosaurs.”

Today, the difference between Lewis’ education and our own has almost developed into a chasm, and an effort to recover its features is tantamount to an archaeological dig.

Fortunately, Lewis has made this digging a bit easier for us. In his autobiographical work, Surprised by Joy: the Shape of My Early Life, he has provided a testimony of some important characteristics of his own education.

In an earlier post, I listed some of the structural characteristics of C.S. Lewis’ education. In this second post, I will list some of the contents of this education, i.e., the books and authors he read as a child.

– Five Children and It

– The Phoenix and the Carpet,

– The Amulet (In his youngest years, Lewis wrote, “[This] did the most for me. It first opened my eyes to antiquity, the ‘dark backward and abysm of time.” As an adult he was still able to say, “I can still reread it with delight.”)

Gulliver’s Travels, by Jonathan Swift (Writes Lewis, “Gulliver in an unexpurgated and lavishly illustrated edition was one of my favorites.”)

Old Punch Magazines, especially the Sir John Tenniel cartoons in them (Lewis: “I pored endlessly over an almost complete set of old Punches which stood in my father’s study.”)

Beatrix Potter books (Lews: “Here at last beauty.” On the story Squirrel Nutkin: “It troubled me with what I can only describe as the Idea of Autumn.”)

Vice Versa: A Lesson to Fathers, by F. Anstey (The book [and later movie] Freaky Friday was based on this story, in which a father and son magically exchange bodies. Lewis called it “the only truthful school story in existence.”)

Sohrab and Rustum, by Matthew Arnold (Lewis: “I loved the poem at first sight and have loved it every since.”

Tamburlaine, by Christopher Marlowe (Lewis: “I first read Tamburlaine while traveling from Larne to Belfast in a thunderstorm.”)

Paracelsus, by Robert Browning (Lewis: “[I] first read Browning’s Paracelsus by a candle which went out and had to be relit whenever a big battery fired in a pit below me [on the ship], which I think it did every four minutes all that night.”)

Siegfried and the Twilight of the Gods, by Richard Wagner, illustrated by Arthur Rackham (On reading this Lewis writes, “Pure ‘Northernness’ engulfed me: a vision of huge, clear spaces hanging above the Atlantic in the endless twilight of Northern summer, remoteness, severity… and almost at the same moment I knew that I had met this before, long, long ago… And with that plunge back into my own past there arose at once, almost like heartbreak, the memory of Joy itself…” He later also read the other volumes in the series, The Rheingold and The Valkyrie)

Myths of the Norsemen, by H.A. Guerber

Myths and Legends of the Teutonic Race, by Donald Mackenzie

The Odes, by Horace

William Butler Yeats (Lewis writes that Yeats “stood apart from the rest” of the poets he was reading in his teen years.)

The Life and Opinions of Tristram Shandy, by Laurence Sterne

The Anatomy of Melancholy, by Robert Burton

The Iliad and the Odyssey

William Morris (Lewis read nearly of all his books. He was Lewis’ “great author” during his teen years. One should note that he was also a big influence on Tolkien.)

The High History of the Holy Grail, by Sebastian Evans

Sir Gawain and the Green Knight

The Old Arcadia, by Philip Sidney

All of the Brontës’ books

All of Jane Austen’s books

The Faerie Queene, by Edmund Spenser

Phantastes: A Faerie Romance for Men and Women, by George MacDonald (Lewis describes the effect of first reading MacDonald: “It is as if I were carried sleeping across the frontier, or as if I had died in the old country and could never remember how I cam alive in the new.” He also wrote that “George MacDonald had done more to me than any other writer.” MacDonald was also an influence on Tolkien.)