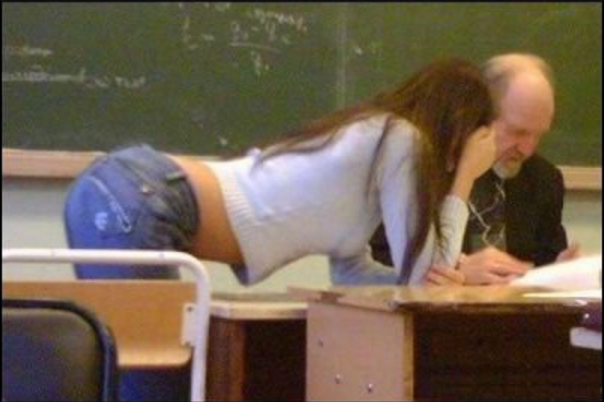 In case it wasn’t already apparent that life is not fair, yet another study has shown that attractive people have it better.

According to NPR Ed, a recent study at Metropolitan State University of Denver found that good looking women received higher grades from professors.

Researchers had outside observers rate students’ physical attractiveness based on their ID picture and compared their class grades:

Lest you think that attractive women are actually just more intelligent…

“But here’s what the study’s lead author, Rey Hernández-Julián, calls the ‘key finding’: When these same exact students took online courses, where appearance is not an issue, the benefits of being pretty all but disappeared.”

Short of individuals managing to limit their education, work, and life interactions to predominately virtual ones, people are going to encounter appearance-based biases of all kinds in all areas of their lives. You can’t fully eliminate them. Inevitably, do people simply have to find ways to succeed in the face of bias?

(Editor’s Note: The image is from the meme below.)